Should I translate ON and OFF in a switch element?

Should a switch UI element that contains the words "ON" and "OFF" be translated, or is it ubiquitous enough to be understood everywhere and not cause confusion? Is it globally recognized? Or perhaps just in western countries?

Edit: I would like to add that the question is not whether to use text or not. We realize that would solve this problem, but that's not the question.

While it depends on your demographics, I would say yes, you should translate it. It also depends on whether you are translating everything else. Having a translated control in the middle of other untranslated controls (or content) is somewhat confusing and definitely looks bad, as if the designer / developer did not care.

About your specific question: we conducted a test for an application in Spanish. We are in Argentina and we have a wide influence / use of Anglicisms in the words we use every day. So, just as you say, we assumed that on / off would be easily understandable. And so it was ... for the age segment of 14 to 50. The older the age, the bigger the friction.

But then it got worse: when considering other Spanish-speaking countries, friction with ON / OFF was really important in almost all age segments. This was seen especially in Spain, which is usually a more careful country with the influence of foreign languages.

Anyways, in Spanish, ON / OFF is translated as ENCENDIDO / APAGADO. And our particular case, we did not have space for so much text, so we decided to use ON / OFF and help us with a switch where both states are easily distinguishable. A good example would be Material switches

Or something where the on/off wording is clearly supported by its affordance, like this, where they use color an iconography on top of the on/off labels: 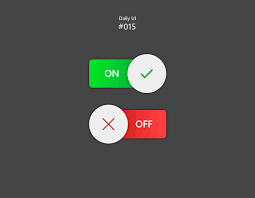 Bottom line: if it is within your possibilities and you do not find space limitations, I would recommend that you translate the labels 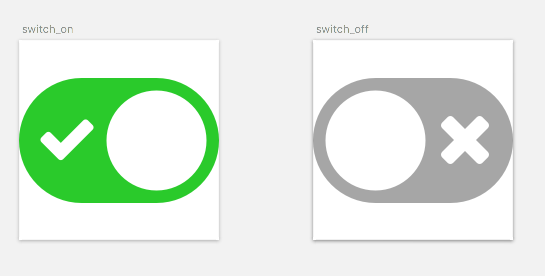 This is how we did it. We support multiple languages as well.

Just be aware of right to left languages as the animation would probably need to be opposite. But that's not a big deal.

We faced the very same question in our application which works in 15+ languages. We decided to let integration partners do the translation, but it was not a good idea because:

Instead of translations, I would advise you to use a switch design, which doesn't involve any text and delivers the On / Off message with colors or icons. 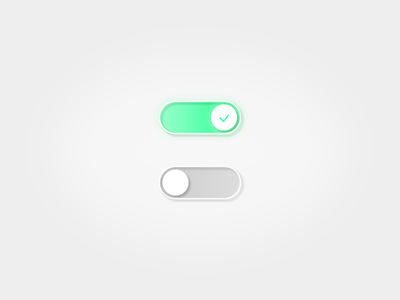 Not the answer you're looking for? Browse other questions tagged toggle internationalisation or ask your own question.

9
Most effective way to display the enable/disable part of a setup page
12
How to best represent a ToggleButton (representing on/off) with the ability to be locked
134
Which way should be “on” for a switch?
3
What UI is appropriate for banning and unbanning a record?
4
Mixing flip-flop/toggles and binary state buttons
0
Simple selection between two values, but not boolean
6
On/Off controls on an inline editable table
3
Switch on/off use with button
2
“Intermediate” state of a two-level toggle/switch control