To do this I have developed a screen in html which initially shows two tables in two separate pane facing each other and then to map user can select column and then drag and drop to other target table column .

Problem 1 : User need to scroll first and then drag and drop to target if list is huge.

Problem 2: If mapping connection increases Lines start's overlapping with each other , so its not informative

Problem 3 : First column of source column could be mapped to target column last and to view it need to be scrolled and if not it shows half .

I am now thinking of rebuilding it with different UI using canvas html which can have transition and animation .

Can you suggest some different way to show this mapping which solves above problem . 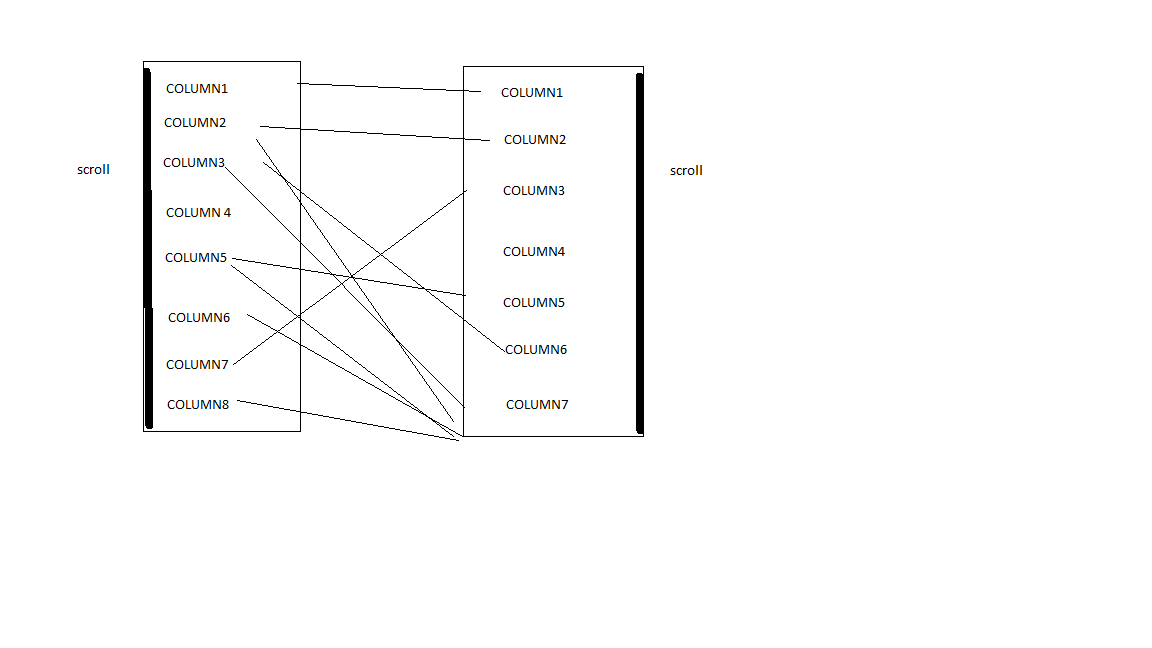 This page for both insight and for creating mapping . so in first view it should give idea that which column is mapped to whom in target table .

2.How many items can there be in each table?

3.Have you thought about allowing a simple grid for a Completed View for linked items, so users can toggle between a two column scrollable table view and the column Configuration View with the edges?

Not thought about this , can you give me more idea

Too many lines overlap

If you add filters and allow users to toggle connected (completed work), they can see unlinked items to complete. This can help reduce the number of items they're dealing with while they configure the columns.

A couple of questions:

Without knowing much more about your use case, I took a shot at trying to filter out some of the elements that might get in the way during the linking.

With the very large number of items you suggested would be present, a tabular view for quick lookup and export would allow for quicker scanning, and eliminates the edge problem (where linked items are separated by long edges off the viewport height).

You can also add other functions such as export or download, or pair deletion if necessary, in addition to bulk selection if need be. 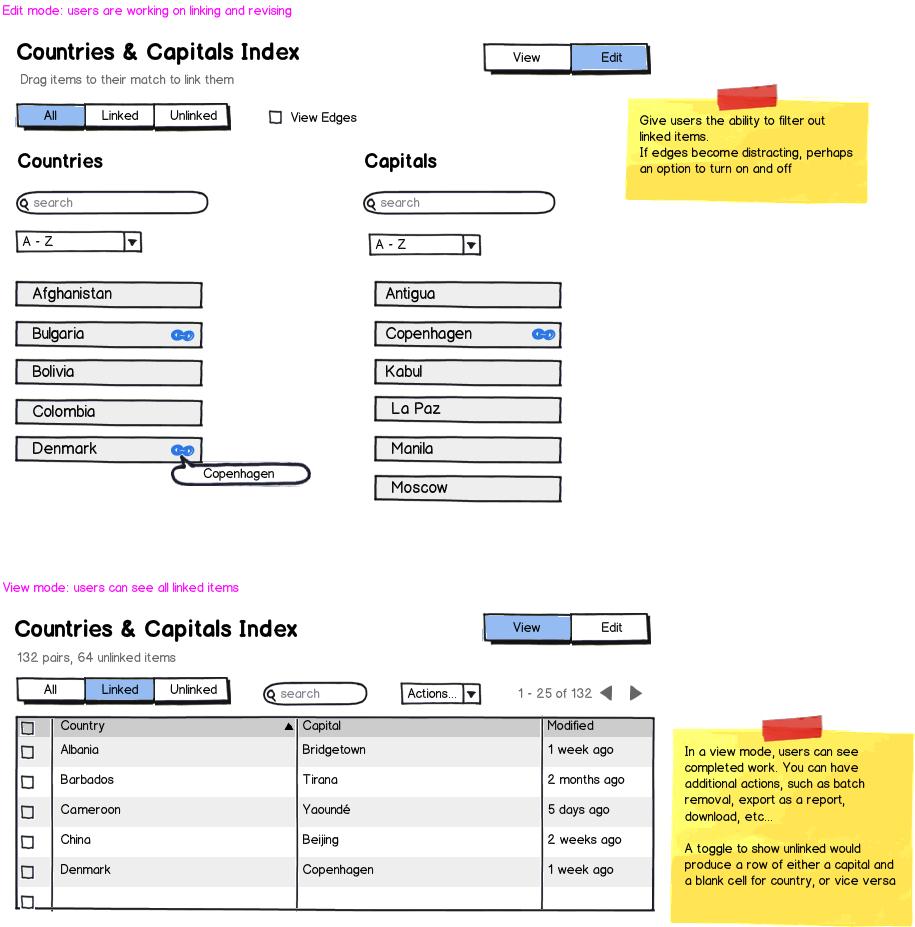 Not the answer you're looking for? Browse other questions tagged usability website-design interaction-design user-behavior data-mapping or ask your own question.

12
Optimal interface for specifying a mapping between known field set and fields discovered in CSV file?
3
designing CSV column mapping interface
1
Mapping "Reports" under Master Web Application having multiple products
3
Huge horizontal sortable column lists issue
3
How to display big forms on mobile?
0
How to make it clear that a column of numbers is a link/clickable?
3
How to display and modify one-to-one relationships
1
How to enhance mapping experience using table column?
3
Different views in table - omit column without relevance?