I have a situation that I could use help with. I've thought about every scenario possible and have ran out of ideas.

The user changes, make additions, or removes information in the system. Those changes are color coded based on what they are.

However, the 'Other' field in the chart is a free range text box. It should be able to display changes, additions, and removals to the text contents at the same time. Is there any way to display the differences between the 2 sections to compare the 'old value' and 'new value' within the 'other' section.

At present, for the 'Other' field:

• User can enter any text in the field.

• This is a String value.

• Person viewing this chart currently has to compare the old and new value with the eyes. There is nothing to let the user know of the differences. 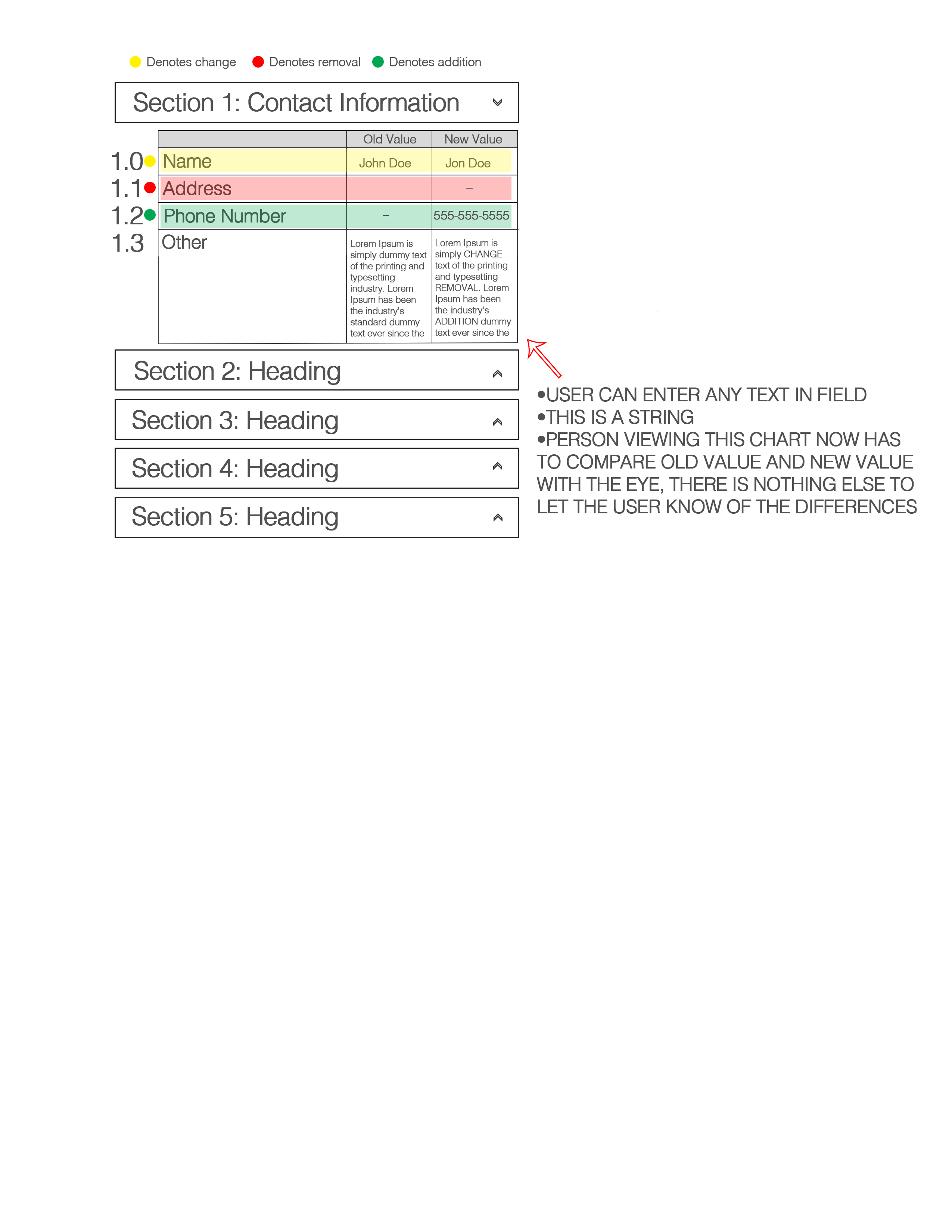 You are starting from to strings of text: the old string and the new string.

Then you want to show just these two strings, in a way that allows the viewer to scan the text quickly, even if it is very long, and quickly see at a glance what the difference is between the two strings.

There are multiple ways to represent this information, commonly referred to as a diff between the two strings.

A way to think about a diff between two strings is as a list of substrings that are either:

The first logical step to showing this information is to compute the diff, i.e. that list of strings that are either common or deleted or inserted. In general the diff between two strings is not unique. For example in the above example it can also trivially be represented as

But that doesn't really help you. So you want a good diffing algorithm. There are plenty of good ones out there, don't bother inventing one.

Next up is presenting this information. There are two main options and a bunch of refinements.

The sky is cloudy

The skies are cloudy

The next option is to represent everything together, but with red highlight and strikethrough for the deletions and green highlights for the additions. I'm not too fond of this personally but some people prefer it. For example it would look something like this:

The sky isies are cloudy

Next up refinements: very long common strings, eg something that takes up a whole page, can be abbreviated in both cases to avoid including a lot of information, but it's good practice to allow the user to expand the abbreviated part. 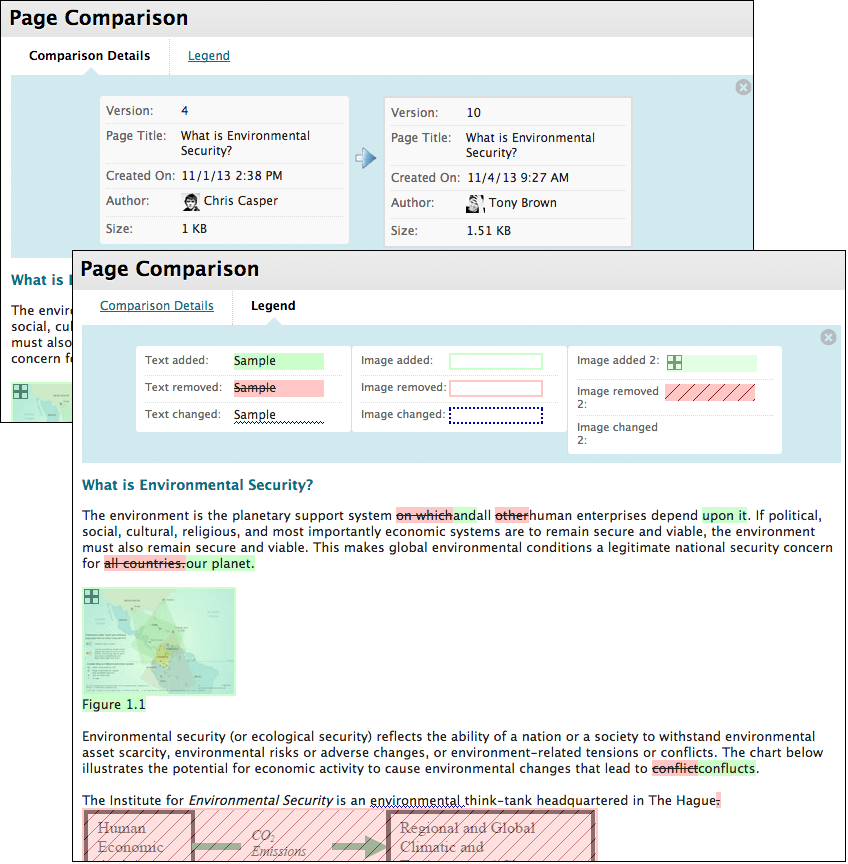 You cannot (reasonably) discern if a removal of a some content and addition of other content is an edit to that block, i.e. same general gist or type of content, or a completely different sort of content. So don't. Just show what's removed, what's added, and let users do the thinking.

Not the answer you're looking for? Browse other questions tagged forms ux-field data-tables comparison or ask your own question.

3
Comparison table design
6
Automatically limiting or correcting numeric input field values
5
Boolean table cell values - best way to show Yes/No
1
How to mark field as edited by the user
0
How to improve UI within a form, where a field can change type, based on data you want to enter
2
How can I allow the user to select an amount of product by either volume or quantity?
1
Value input for several dependent ranges
3
How to present fields where user enters a ratio (particularly for screen reader users)
1
Web UI for choosing variable or entering constant value