I'll try to start with some context. We run a workflow app called Tallyfy which is designed for people to build and run repeatable processes in a business, such as client onboarding, employee orientation, etc.

As part of building such processes, we want to enable steps in a process to have rules in the format "if this then that" which will turn a step on/off if a condition is met.

Let's say you have 10 steps of which the first 4 look like this:

The issue seems to present itself as the following problems:

What is the best UX/UI to represent "if this then that" conditions without a flowchart? Since such processes can be arbitrarily complex and large, flowcharts would be very difficult to scale - especially on a mobile device.

As context that this is how Typeform implement conditional jumps, which are not precisely the same thing - but they're related. I often find the dual jumps like 7 jumps to 8 and/(or?) 10 (in the screenshot below) a little confusing. 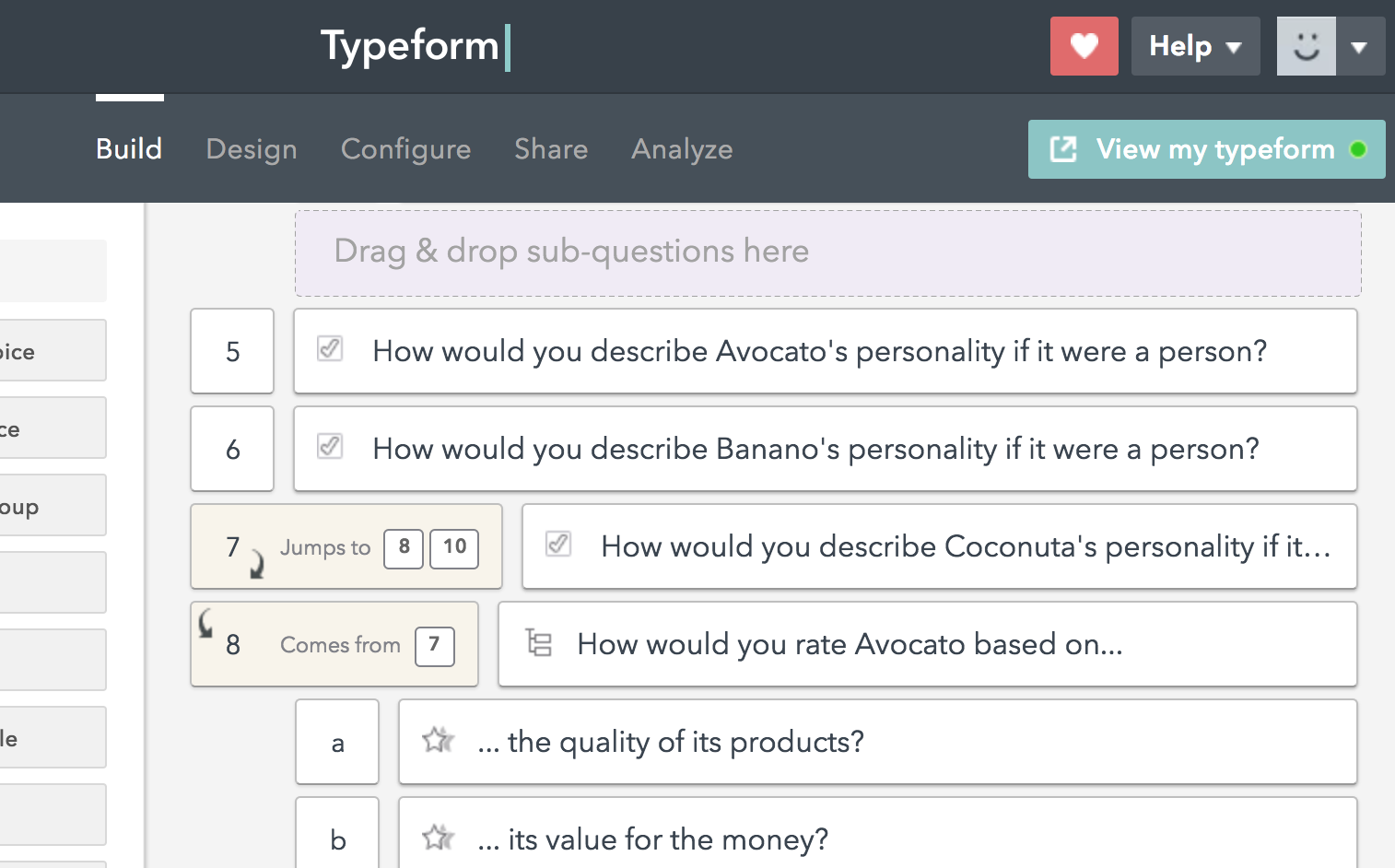 Browse other questions tagged workflow flowcharts logic conversational-interface or ask your own question.

4
System Upgrade: Scheduling and steps
8
Where should I locate logon steps for a private shopping site?
4
Best practices for naming steps in a workflow (status labels)?
14
OR & AND representations for the non technical user
2
Presenting a list of sequential actions in a Windows application
1
How to minimize onboarding steps for mobile apps when invited/added by another user?
2
form: default radio options and branching
0
Correct sequence of steps for a multi-step workflow
0
UX best practices for a help desk/ticketing system? Views and steps