How to handle a single option in a dropdown? 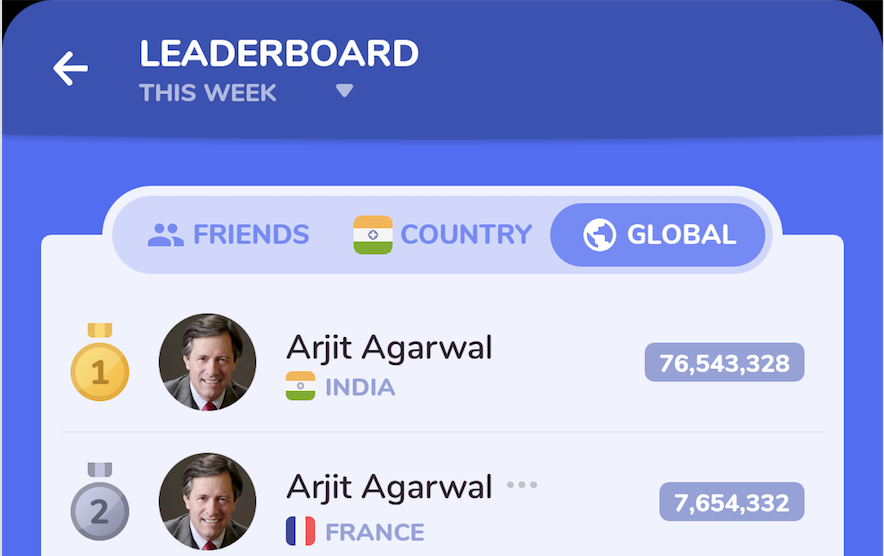 The app has multiple games and each game has its own leaderboards.

I don't think it is good from UX point of view. The logic is that a user may initially open game A which shows this spinner and the context is set that this screen have a selector on top. While, when he moves to game B where there is only one element he may think it as some kind of User Interface bug.

The designer says that user would feel awkward if he sees one element only and realize there is nothing to select.

I am not a designer. But, I feel my view is correct for few reasons.

Still, I am not a designer and I want to clarify this. Hence, I put this question here.

First: thanks for the info about spinners, this was new to me!

To answer your question: I think you and your designer are both right in general but in this case i would display the spinner even if there is only one option available at this moment.

If there would be only one action permanently i would not display the spinner icon because this indicates "click here to view different option", if this is not happening the users will get unnecessary frustration.

First, I think the "spinner" is not that pliant. In every instance, the user will be confused if she sees it.

So, in order to avoid the click or to inform the user she can actually not use it, you can:

If you want to omit the arrow down, it's true that the user might be used not to see it and don't use it after, but this is also possible that the user actually notes the difference once the feature appears and is available to be used.

All in all, there is no "right solution", just try it out. Make different mock ups with different options and ask people around you to get qualitative data (formative evaluation). You can ask which one they prefer or ask them to interact with them to see what happens.

Hope I helped you.

By the way, "Spinner controls are a common form of numeric entry control that permit data entry using the mouse, keyboard, or finger." (Cooper, About Face 4th edition, 2014)

Well, I think your designer is correct about the design where if there is only one option then do not show drop-down. See the thing is we have to keep the interface as minimal as possible, good design is when there are no unnecessary elements. If there is only one option there is no use of drop down and the user will easily understand that I am getting the option of dropdown because there are more than one option available to me. In this case, the arrow in the disabled state only makes user feel like he has no access from some part of the app which is a negative effect. If we talk about consistency than if user has no option than why don't just text view work, by the end of the day it is going to look same if another option is never going to appear. For that particular question, you will have to provide me the context that how what kind of options are they and how often they change for a user.

Not the answer you're looking for? Browse other questions tagged dropdown android or ask your own question.

10
OK for dropdown button to be on the left?
3
Android: Action bar vs. Toolbar, Spinner vs. Dropdown
7
Dropdown select or Dropdown select + button?
9
Adding items to dropdown list on-the-fly?
20
Menu with dropdown, root element clickable?
1
Displaying additional information about elements in dropdown
4
Dropdown with a create new button
3
How do I show the selected items in an easier manner in this dropdown
1
How to display 'No option available' in dropdown menu because option is not yet registered?
1
Select menu with only one option