What is the best way to show a user that picking a certain value either using the slider or field will produce an error?

Consider the difficulties of sliders, when a single input with some hint text can suffice.

First try a simple input with some hint text and a % suffix that's immutable.

I don't have all the background of your use case, but here's a first attempt based on the info you've provided (my hint text could be better). You can test with users to see the input errors. 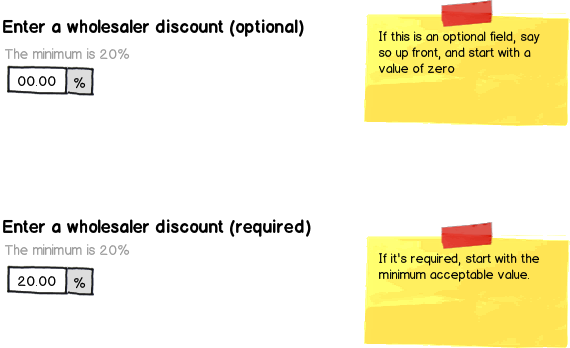 If you must use a slider

There's some work on sliders from the Nielsen Norman Group: Slider Design: Rules of Thumb

Sliders work best when the specific value does not matter to the user, but an approximate value is good enough.

From your mockup, you have a range with input to two decimals. This will be difficult for a user to get that precise. At that point, they'll probably just use the input field for precision.

You also have only one value to input. Sliders are often used specifically for a min and max value, a bounded range: 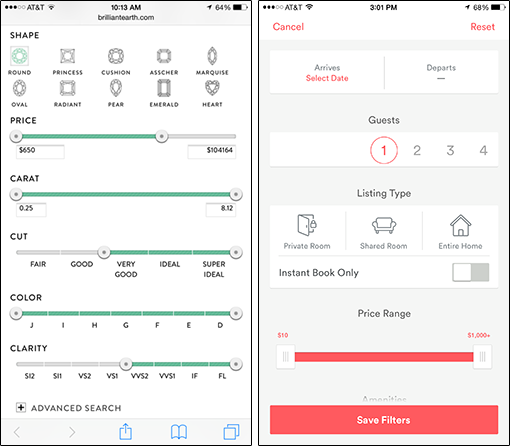 Even here, the screen on the left is problematic, because the input fields are covered by the users finger on mobile.

Left: The sliders on BrilliantEarth.com place the labels describing the slider increments below the slider track, where they will be obscured by the user’s thumb during the interaction. Right: AirBnB.com correctly displays the slider values above the UI element, so they would remain visible throughout use.

Alternatively, consider a different UI element that allows users to tap or even type to specify their choice rather than relying on press-and-drag gestures.

Baymard also has an article re: Sliders. Form Usability: 5 Requirements for Slider Interfaces:

While testing 18 major e-commerce sites for our study on e-commerce filtering, one of the form interfaces that proved most problematic to the test subjects were sliders.

Not the answer you're looking for? Browse other questions tagged gui-design feedback error-message material-design sliders or ask your own question.

1
Slider graduations - how many pixels?
0
When do we ask the user to try again on form input error?
0
How to position page-level error message?
1
Should I combine two values for a single slider?
2
How to choose a suitable colour between dark/light areas?
1
What's that "chevrons" mouse-like "not a slider" interface?
4
Input Value Dependencies
2
What is the Material Design way to have form fields that are displayed but should never be editable
10
Should I use error message or warning message for optional field validations?
4
Content slider / carousel accessibility best practices?