The impact of visual cues on user response

Are there any studies that report the effect of using/not using visual cues to engage users and retain user attention? In my own application I have offer listings with a representative graphical representation shown alongside a snippet of teaser text as show below 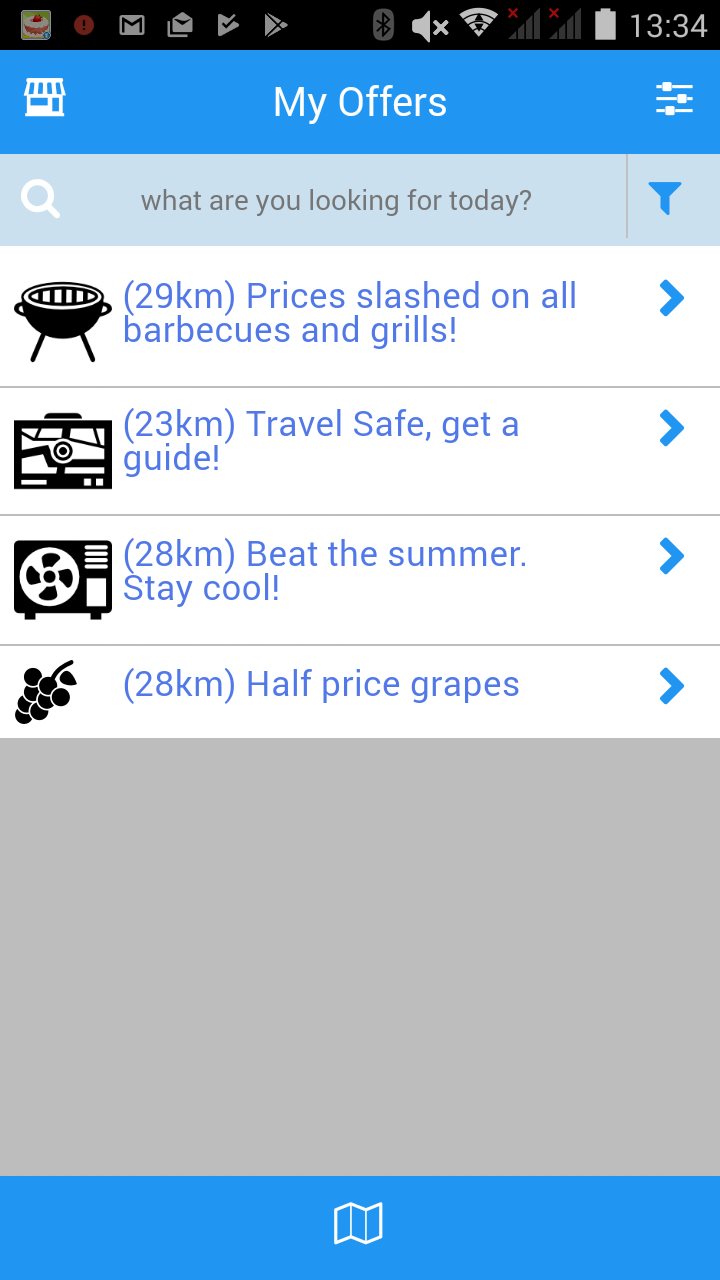 Intuitively I feel that the visual cue goes a long way to persuading the user to take things a step further and examine the offer in detail. However, this is just my own, unverified, intuition.

I'd be most obliged for any views on how/whether this works in practice.

In the sample screenshot above I have used black images. Quite apart from size considerations I found that it is difficult to display colored images that are "uniform" - i.e. do not "guide" UX because some of the images shout "Click Me!", "CLICK ME", "click me!" louder than the others - another issue on which I would like some views.

Assuming you mean the icons to the left of your text, your question is less about visual cues, and more about iconography.

You're unlikely to find a study which is useful to you, unless you're using the exact same icons as that study.

To get any meaningful information, you will need to perform your own study with your own icons.

There are plenty of guidelines regarding icons, but it's much too broad to cover here. Instead, I've noted below the particular guidelines which are relevant to your use case:

Use icons with caution

Icons can be effective, but only if done correctly.

Unless your system has a patient, loyal audience of users who are willing to learn your visual language, we suggest using iconic labels only for environments with a limited set of options.

In your case it seems you're far from having a limited set of options.

Cooper also notes some other issues with icons:

The problem is that the [icon] is seldom that clear for a first-time user.

Your icons seem to represent complex concepts, and it's likely that the user will understand the text much sooner than the icon.

The Nielsen Group has a fun rule-of-thumb for this:

If it takes you more than 5 seconds to think of an appropriate icon for something, it is unlikely that an icon can effectively communicate that meaning.

And also suggests that you:

Not the answer you're looking for? Browse other questions tagged android lists image user-engagement or ask your own question.

20
UX impact of standard stock photos
1
Is asking the user to "Activate Now" to activate an offer a good user experience?
3
One-to-many list items in trigger-response model
3
Does requiring the user to click or otherwise interact with a page increase engagement?
0
Making an user fill more data in a text area?
1
Is the state of 'flow' equivalent to user engagement?
2
Seasonal response to app color schemes
0
Android - What is the approach to use to let the user choose from a small list of time-related options?
2
Image comparison sliders and visual accessibility