What language selection method can offer the highest cognitive ease, without typing?

Flags do not represent languages well (ref), but raw text (eng, spa, etc.) is not very effective in catching the eye.

It appears that there are currently no symbols for languages. Which method is therefore the most effective for increasing cognitive ease in choosing a language? (assuming typing the first few letters is not an option)

As your source reference explains, use flags is the wrong way to represent languages. Cause is some countries are spoken more than one language and not all people could knows that a foreign flag represent his own language.

The problem could change according to the context, but the majors companies, use to rapresent languages with the name of the language, written in the language. 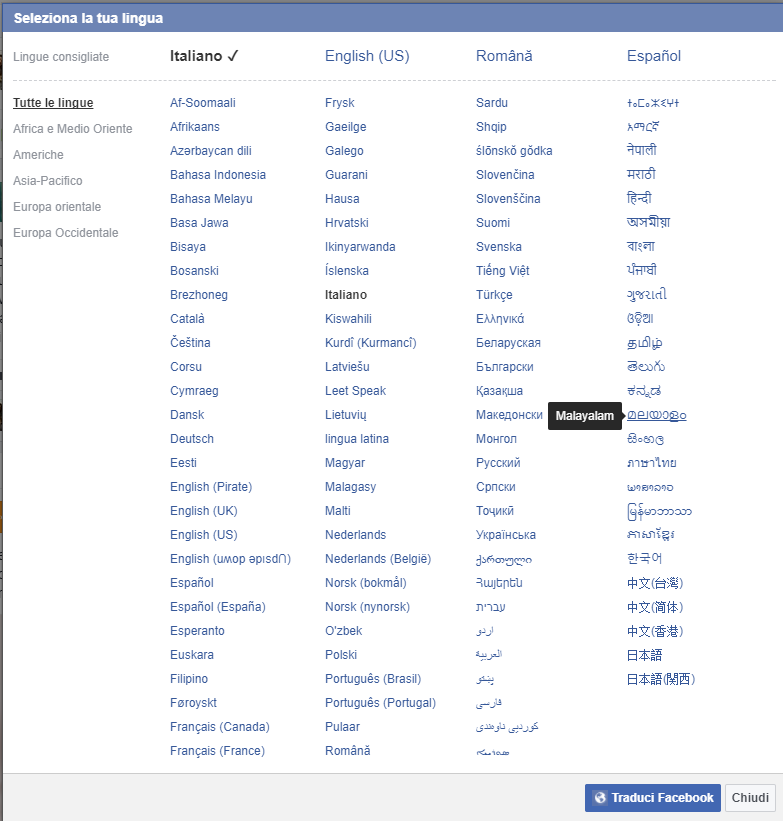 This way grants to each user to recognize his own language and choose it.

If you have too much options, you can group in a menu called "languages" or using language icon.

7
How to represent site language and article language without confusing the user?
15
Language selection: top or bottom of the page?
2
What is the best way to ask/set language preferences without using text?
5
What is the best mechanism for language and country selection?
14
UX principles for multilanguage websites?
2
What would be an appropriate visualization for the arabic language?
0
What's the best way to offer hour selection to users in this design?
3
How can I make this user selection screen offer a better user experience?
1
Language selection screen - Should it be present Before or Within the Form?
14
Should I hide the multi-language selection button/menu if my app has only one language currently?