The design is already a bit confusing because all these buttons can be next to each other. I want it to be very clear that the button is unclickable, but without drawing to much attention to it (it has the least information).

This is a simplified version of what I have: 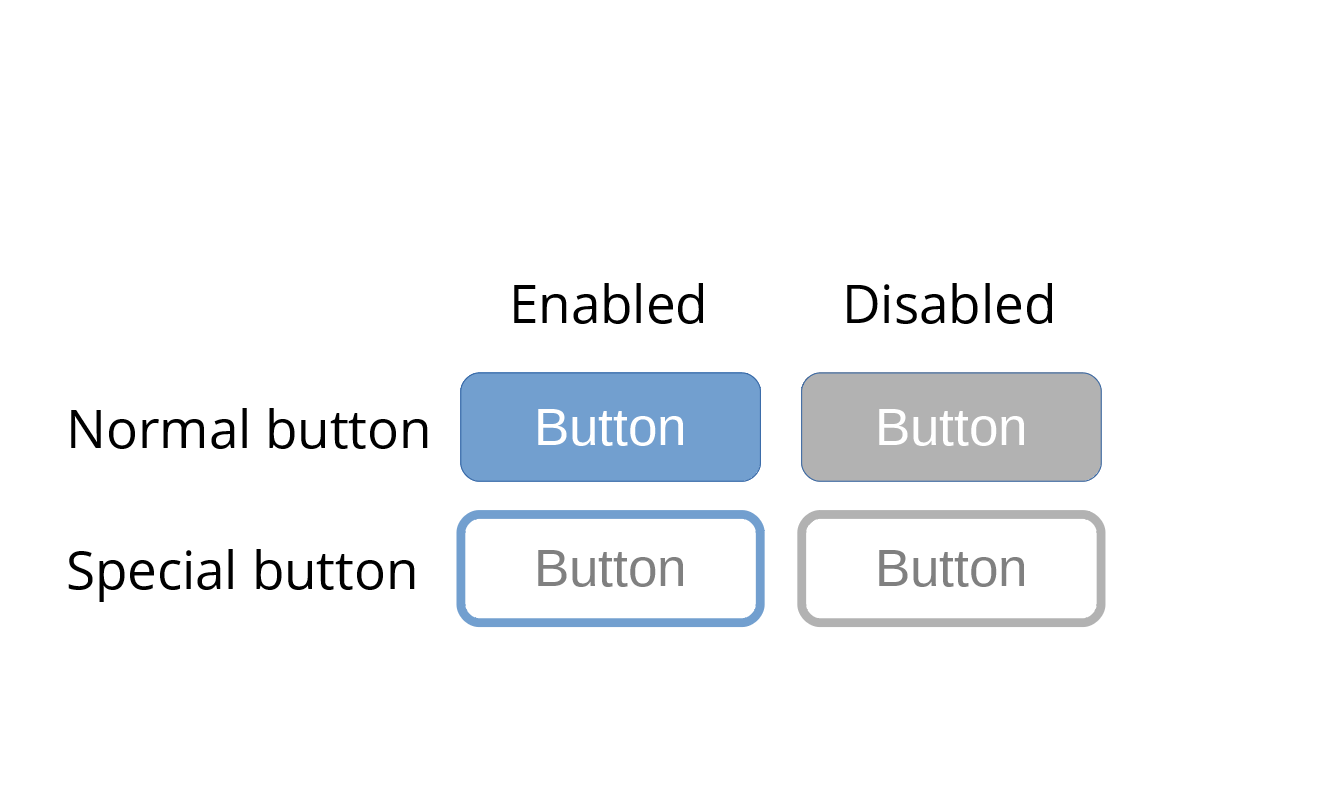 Any thoughts on this?

Ps. Here is roughly how it is used:

It really doesn't make much sense to have a control that can't be used. The essence of control is... to control something. Providing a control with an affordance of no control won't help your users, only confuse them (it already confuses you, and you know the app better than you users!).

In short, the best solution for this specific problem is to simply avoid displaying a control that has no use.

Other than that, may I suggest that instead of buttons you simply use checkboxes? A ticked input box will convey a message way faster than any color convention, bar none. And your interface will look a lot cleaner without all those buttons and colors, not to mention they won't collide or steal focus to other controls in your interface

Not the answer you're looking for? Browse other questions tagged buttons toggle or ask your own question.

478
Should a toggle button show its current state or the state to which it will change?
3
Should a tooltip on a stateful widget describe the current-state or next-click-action?
5
Should unavailable buttons in a wizard be disabled or hidden?
1
Toggle-Buttons mutually exclusive and multiple selection combined
0
Should button positions ever rearrange depending on available functionality?
0
Whats the reason why it needs to have default value on toggle menu?
5
What is the pattern for displaying the state of a thumbs up thumbs down button pair?