Does a form with continuous save need a "Save" button? 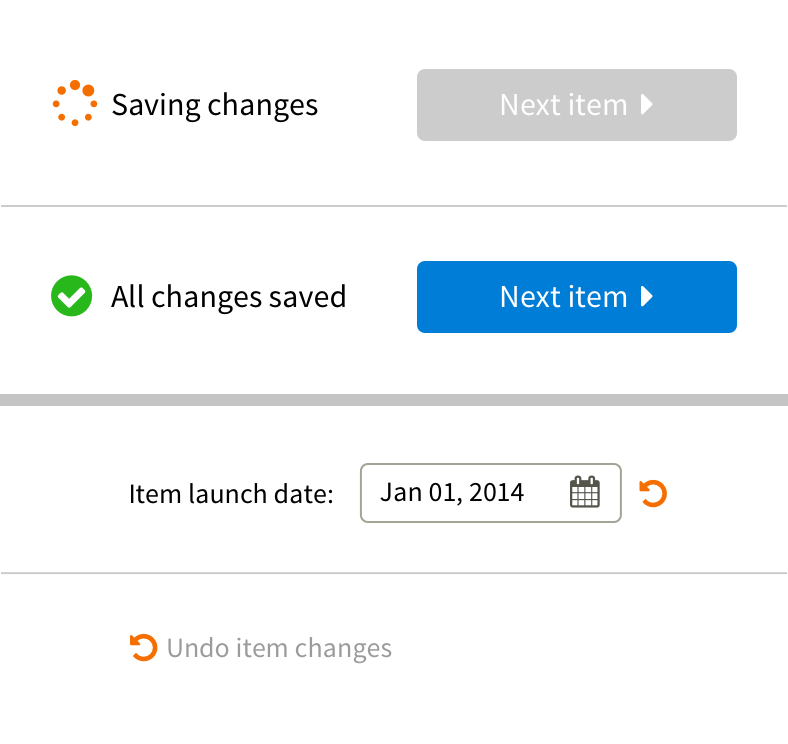 66
Why is Google's "I'm Feeling Lucky" button still next to the search bar?
26
Save buttons that don't save
10
How to communicate the message that the edit is auto-saved
8
What is best UX to avoid 6 buttons and how to make it more user friendly?
2
UX modal window: Cancel / Save / Close vs Cancel / Save & Exit

18
Is it ok to change the (US) address input field order in favor of a pre-fill feature?
5
Form creation application: how to differentiate the "save form" button from the "submit button" in the form
13
Accordion in a webapp - Should I allow more than one open?
11
de-emphasizing cancel
3
Segmented/Split "Save | As" Button?
4
How to present users with a simple repetitive task that potentially can be 1000s of tasks
109
Should form 'Continue' button be disabled if validation is incomplete?
4
How can I encourage my users to use the "Login with Google" button?
2
Should a floating section be affected by a page's save button?