Perhaps the first example I met was in Windows many years ago and is still with us: 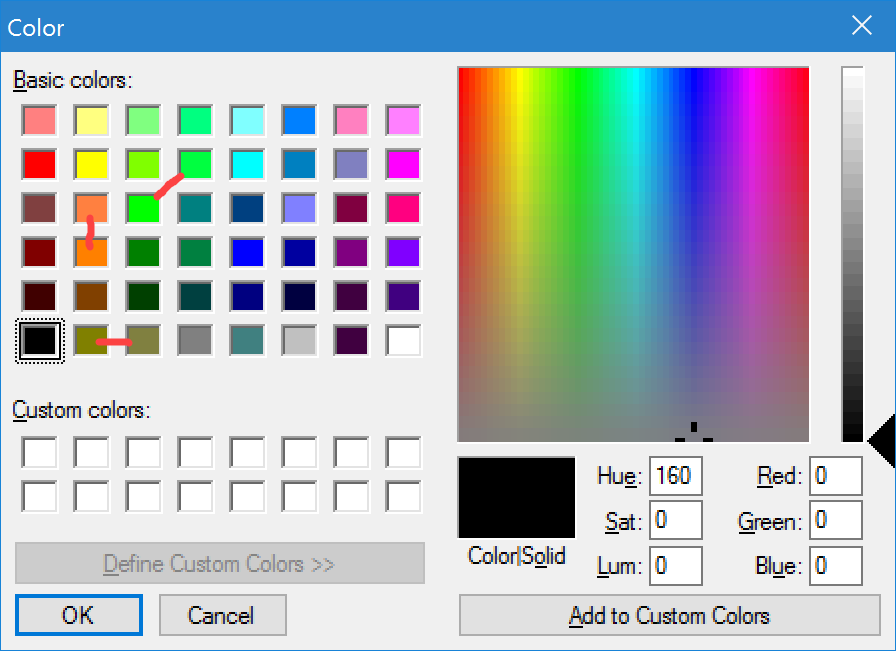 Pairs of swatches I connected with red line* are nearly indistinguishable. The same in color comb.

In Windows 10 we can spot similar thing: 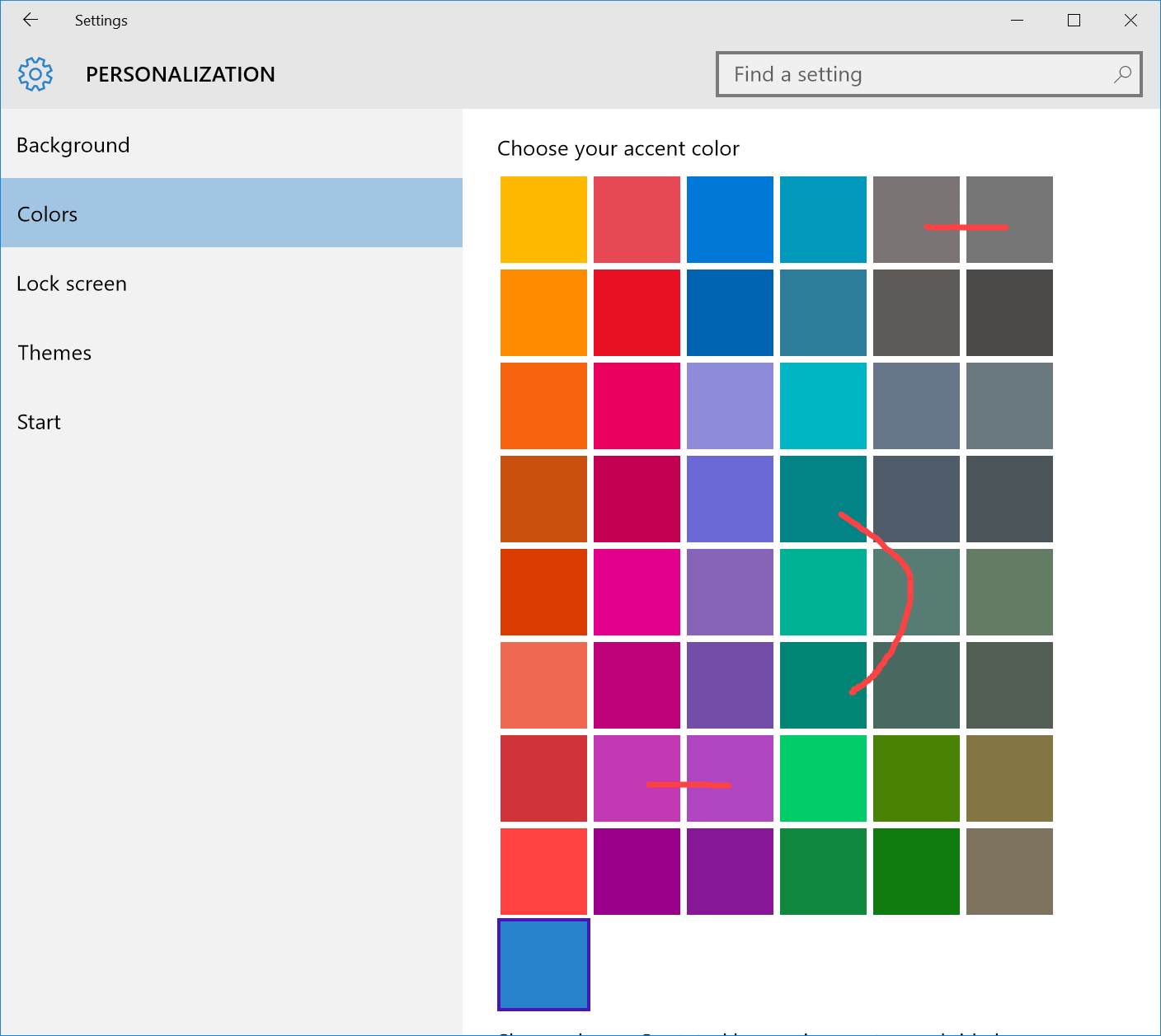 But the same can be also found in color samplers outside the software world: 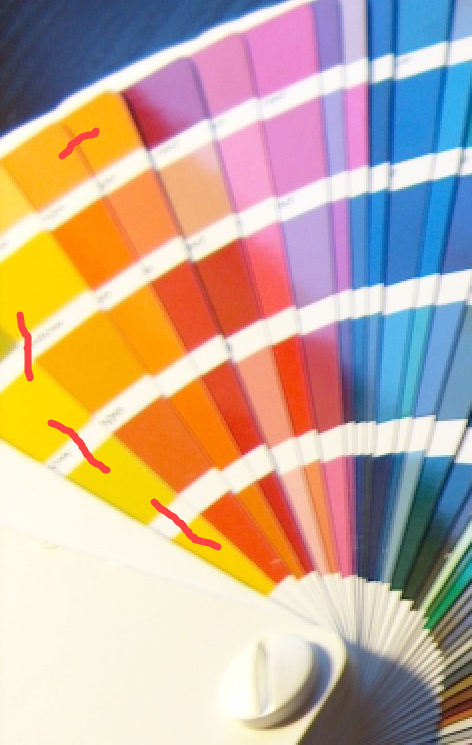 Is there a reason why they are so close in terms of color space? Who can benefit from picking one such a color instead of the other? Isn't this wasting limited space available for color swatches? Is this caused by low attention paid to the final result or is there any meaningful idea behind this I did not notice yet?

Note: I understand that offered color swatches are not distributed evenly in color space in order to promote certain color design, but still some pairs seem to be unreasonably close and that is my question.

A simple answer to the 1st and 3rd Picture: Why are there so similar colors next to each other:

Those are Analogous Colors , they tend to look pleasant together.

Take this painting "Sunflowers" ( Vincent van Gogh ) as an example. All those colors are alike and some hardly any different from another (The pot and the flower and the desk p.E.)

I can not tell you 100% why they decided to put similar colors in there for background themes, but maybe

Edit: To be honest on my Windows Phone I switched between all those Blue Shades to choose one because even though they are all alike, I just preferred one more than the other.

The physical color sampler is organized like that for a reason: the user will be deciding which shade of yellow to pick, and it's easier to compare them side by side. The same thing with the color comb example you gave.

As for the other Windows color pickers, it seems odd to me as well, it's harder to decide which orange to choose when they have another color in between them (the grey background plus the white/black frame will create an optical illusion that makes it harder to distinguish colors accurately).

Not the answer you're looking for? Browse other questions tagged color color-perception or ask your own question.

7
Why does ESPN subtly change the color of some of its article text?
11
Which color swatches best help users filter products?
2
iOS Color Picker User Experience
58
Why is blue used as a background color to indicate no signal?
14
Why print the text of a color name in that color?
0
Where to place a color picker?
4
Color picker – indicator / selection marker
3
Color picker for temperature/intensity adjustable light
0
Why most vehicle apps user orange / red color as their theme?
2
Why define opaque color as partially transparent?