Does natural language work on this Dashboard? [closed]

This is an overview screen for a support team of to glance at throughout the day. It displays information related to a number of factors for their client base. There is a bit of a debate going at the moment whether or not the natural language approach should be used here.

What would be the best approach? This is intended to be displayed on a large monitor inside the office. 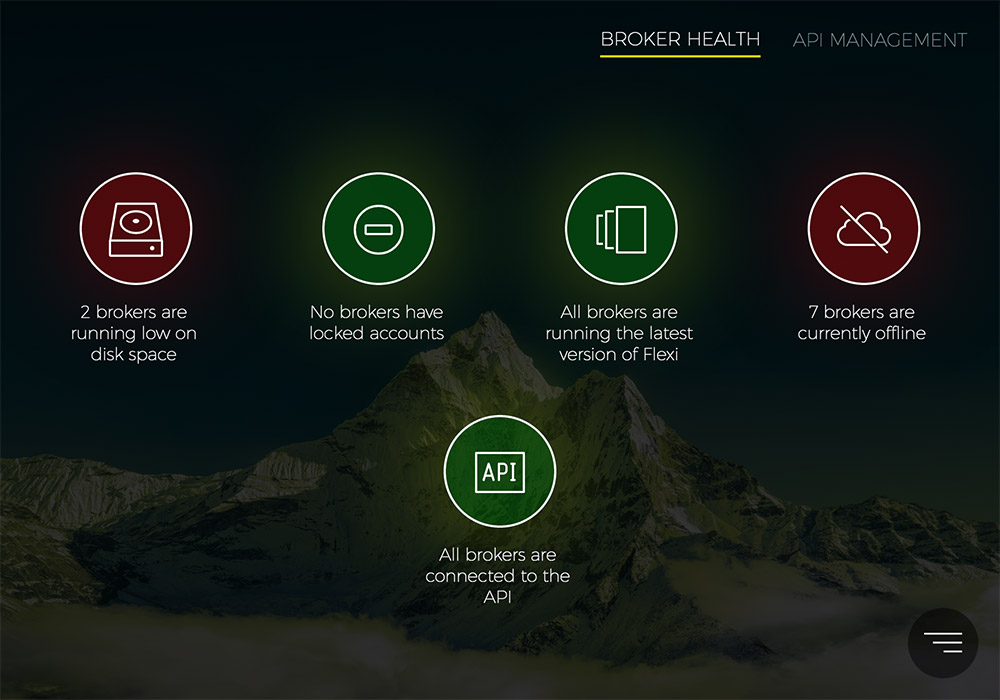 Like other people said, no matter which path you choose to follow, you have to test. There are no correct blank slate answers, and most of the times testing will tell you how to mix different approaches.

So, on to my answer:

Interfaces based on natural languages tend to be good because of their conversational language and clear message that eliminates ambiguity (as long as it is WELL DONE. Otherwise, ambiguity is a real issue. However, I don't see any BIG problem with yours, but it could be improved).

So, I think you're on the good track on this subject. However, I can see a couple things you should take care of:

This screen shows some information that adds to friction and cognitive load, without any apparent benefit. Take this:

OK, thank you system. It didn't add anything at all, the system is working as expected, everything is fine so.... why add an alert on "we're going fine captain?". A different thing would be

That would be informational and something I'd need to act upon. This is a good alert, and I need to take action.

Also, pay attention to the way you wrote this in natural language (remember the well done part mentioned above? )

This is a bit ambiguous, and at a first sight an user could just scan this message like "brokers have locked accounts" or "locked accounts" since this is the important part of the message. Also, "No" should be replaced by "0". (in fact, 0 or none shouldn't even be here, but let's assume you want to use it for layout consistency)

So, what about this?

will teach the user what to scan at first sight, which is the NUMBER at the beginning.

So, we're going close, but still ambiguous and it can be improved. I'm assuming they can't "own" a locked account. Instead, they have an account, which the system can modify for any specific reason, including locking the account. So, we could go with something like

Now, the system informs the user that SOMEONE has SOMETHING but the system performed an action over it and you should take an action as well. This is the core of HCI: computer and humans interacting. In your case, a broker (human) owns a digital asset (account in system). The system (computer) performed an action and now requests another (human) user to take an action as well. And we can express all that in natural language! See how it could work based on semantic blocks:

which can be decomposed into:

so now we could easily add option into the system by changing semantic blocks. For example:

In short: it's OK to use natural language, and strongly recommended. However, it's not as simple as it sounds, there's a whole area of semiotics in HCI, so it's a bit hard to get it right from the first attempt

Other than the above, I think your interface is a bit hard to read. Maybe teh thin font, maybe the background.... I don't know, I feel the load is a bit high. Maybe try testing a version like this against a cleaner one and see how it goes

"There is a bit of debate going on"

This shouldn't be a debate. The old quote "one good test is worth a thousand expert opinions" is particularly apt here.

You have easy access to your users, and presumably you have some goals in mind from which you can create some hypotheses - set up some tests find out what actually works best.

The "work" in "does x work" means "does x afford easy use and understanding on the part of user". Even if you find some rationalization for one approach over another, it still won't mean that that's going to be the approach that works best for your users, with your content, with your design, on your screen, in your office.

You have positives and negatives mixed in. Low number should be a determination of a positive value throughout all selections.

There are certainly worse ways to go, but natural language is typically not optimal. Beyond the increased time required to read it and the limits it places on font size given fixed real estate, that form of presentation doesn't force you to ask yourself the important questions as a designer that you need to answer.

Let's examine the first example. You're communicating two things, that the status is bad (the red color) and that the quantity of brokers causing the status is two (the quantity). Here's where the questions come in. The status is bad, but how bad? Are two brokers low on disk space out of ten thousand or out of three? How low are they? Is there an agent currently working on the two that are low?

In the cases of the three green sections, you really only have one piece of information, "all good." Do those even need to be there? Why even show it if it's all good? This is a very basic design, and that may be exactly what you need. Regardless, it's good practice to get in the habit (and to get non-designer teammates in the habit) of working with simplified designs. That way, a new project with a lot of complexity can still feel like past projects. That means slimming down language, removing what is not needed, and adding what you must to get every question answered at once.

Not the answer you're looking for? Browse other questions tagged dashboard information or ask your own question.

37
Down arrow and up arrow status