What timing of visual emphasis paired with a spoken word provides the best cognition?

I am working on an animation in which there are three somewhat small font words (Environmental, Social, and Economic) together with three colored horizontal histogram bars on each side of the labels on the upper center of the screen. These three words are spoken in sequence by the narrator. To aid cognition and bring attention to the area being referenced by the narrator so the viewer more easily understands what the narration is referring to, I am going to have each word in turn get a visual flourish to catch attention and bring the eye to that part of the screen. Each word will be bolded and turned to match the associated bar's color in succession as they are spoken. Here is a shot showing upper portion of screen with the middle of the three words (Social) being emphasized in the orange color:

Here is shot showing whole screen with bars in context: 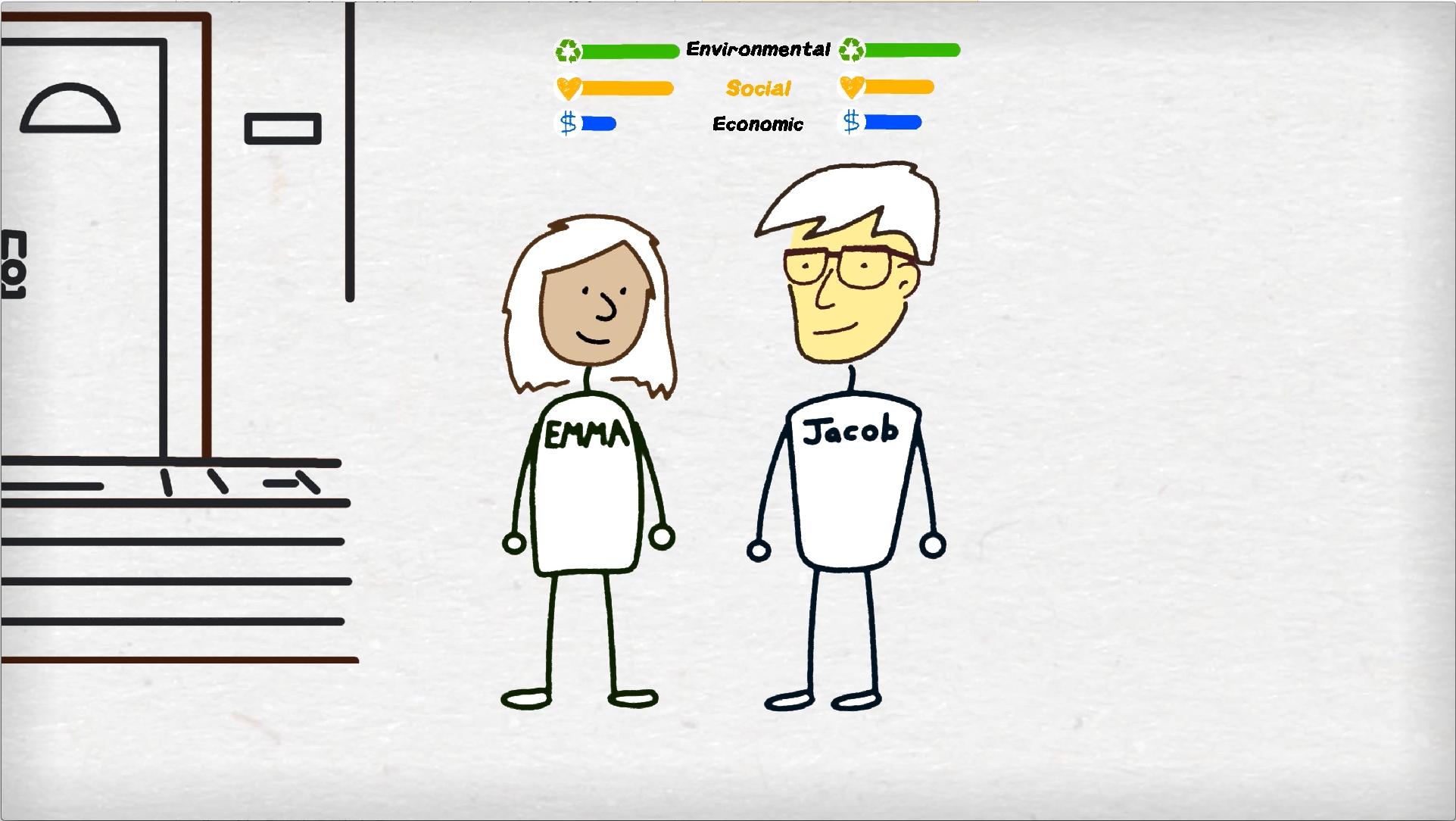 My question is about timing, in order to maximize viewer comprehension that the three bars are what is being spoken about in the narration, should the flourish exactly match the timing of the spoken word, or should it slightly precede it by say 1/10th of a second, or slightly follow it. I'm thinking preceding slightly makes the most sense, but was unable to construct a google search to find any research on this question. Similarly, should the flourish last the duration of the spoken word, or extend slightly past it, say by another 1/10th of a second?

psychology visual-cues audio
Share
Improve this question
asked May 3 '17 at 15:30

The visual flourish should precede the narration by a little bit, maybe a fraction of a second or so. This is because we process auditory and visual input at different speeds. We actually react faster to sound than we do to sight. So if the visual flourish and narration were exactly synced, it would actually appear to the user that the visual flourish was slower/later because it takes longer for the brain to process that input.

There's even scientific evidence for it. Google returns lots of results. Here's one paper about it:

Really though I would recommend you play around with it a bit yourself. Try different timings and see which one "feels" right. Test it against a few users and see what they say. Video editing is difficult and a lot of it is done by instinct.

Not the answer you're looking for? Browse other questions tagged psychology visual-cues audio or ask your own question.

6
What's the difference between what's best for the user and that what the user is used to?
3
What type of visual cues can a GUI control panel use to effectively signal users that it is in the mode they are expecting it to be in?
4
What is the best way to represent audio visually?
3
What impacts the user's visual flow on geometrically non-traditional web layouts?
2
What is the use of a play icon with line next to it
2
What is the best way to handle close buttons in dialogs in a mobile app?
1
What is a good way to word the warning 'audio device not found'?