How do I design HTML UI to indicate to both user and server that they can only use one fieldset out of two available?

I have a multi-fieldset HTML form that has a Motor fieldset and a Frame fieldset as part of it. When I need a motor, I populate that part of the form. When I expressly do not need it, I am however required to enter data into Frame fielset. I am not sure how to indicate so via UI so both user and server (one that is receiving data) can understand it. What I mean by this is that say I clearly convey it to the user that only one of the two fieldsets is to be filled out. They fill out only one of them. How do I indicate it to the server that will receive form data that user indented to fill out that specific fieldset?

The only thing that is stopping me from doing so is that I am using an API library to create my form, and each fielset, so implementing the above will make the "Ignore" checkbox be part of my Motor Entity object, which is not essential to the Entity. But if there is no better solution, maybe I can overlook this ...

Second best is to implement a separate fieldset where I say

unchecking which will via JS disable the Motor fieldset. This might be a better solution at the expense of adding another "Control" fieldset. My problem with this is ... an extra fieldset, which is not immediately apparent that it is adjacent to the Motor. I mean users will know it is upon closer inspection so I can too overlook this and implement it if no better solution available.

TL;DR: How can I indicate on an HTML form that a "Motor" fieldset is optional? 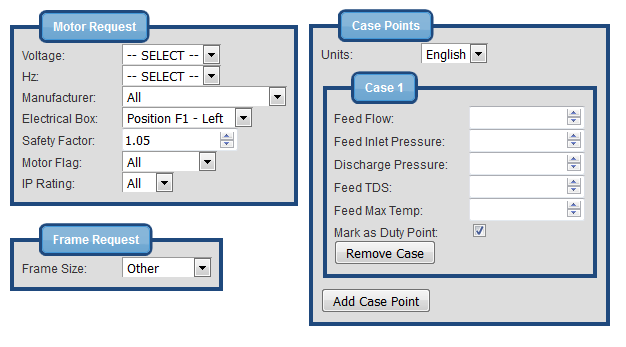 In full case scenario user must enter one of either Motor of Frame (but not both, and not neither). Each fieldset is generated by a library, where there is a domain entity object behind each. So if any new element has to be added, it will have to become part of that entity. That's why I am considering going outside of the fieldsets as well.

It sounds like you want to create an either/or situation here, in which case I would suggest creating some sort of tab/toggle to preclude the possibility of the user interacting with both sections.

For example here I have crudely mocked up a design where clicking on the motor/frame buttons on top of the leftmost frame will show/hide the relevant fields; 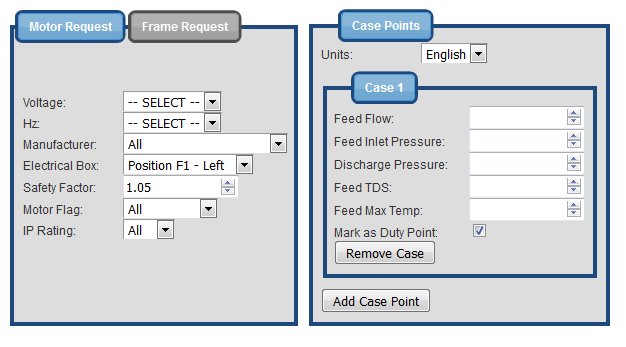 With a bit of CSS/JS magic(see stack overflow for more on this topic) you can toggle the visibility of the labels and input elements for each "tab" and even disable the fields you don't want to submit.

I went ahead and implemented the radio button "switch", which could actually be changed to a "rocker" element as I don't expect a 3rd value to emerge.

Here are the views for Motor selected and for Frame selected. I used jQuery to implement fieldset show/hide behavior. 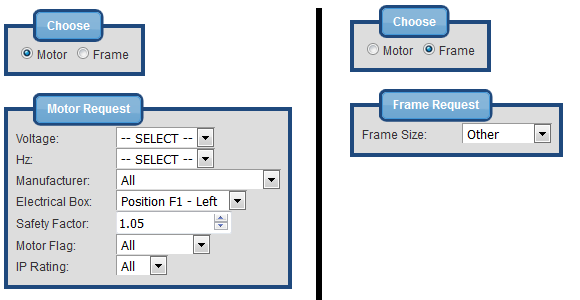 Not the answer you're looking for? Browse other questions tagged forms design html or ask your own question.

2
Editing the profile, ways to categorize the input fields
3
Creating new item with ajax
0
completion of multiple inspections at once
14
How to briefly indicate textarea field will not be submitted if another field is not checked?
2
Best way to display a PDF and a web form together
0
Reset values of hidden part of form
1
How to design UI where you may enter only one of different values that represent the same quantity?
13
How to represent an abstract data type in a form?
0
Most User-Friendly way to show password-protection options
2
'Add Another' button in mobile