Usage of ellipses "..." on buttons

Microsoft has a very clear usage of "..." on buttons which open a dialog. 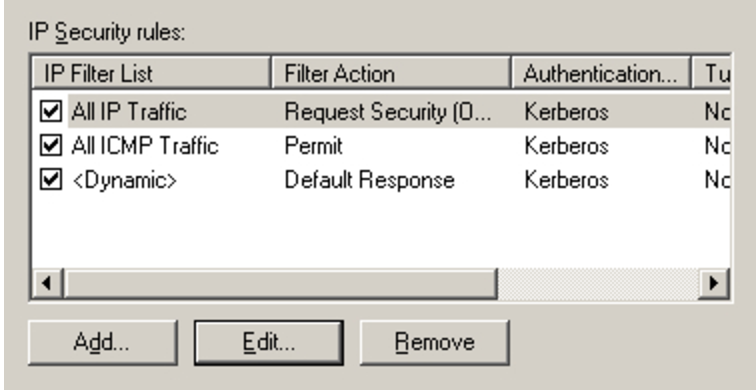 though looking "old" its very clear what will happen after pressing the button. Is there a more modern way for distinguishing these types of buttons? (regular and one with elipses "...")

Do the task without using a dialog

The more modern way to add / edit an item in a list is to do it in context of the list itself. Dialog pop-ups interrupt flow often adding friction for the user.

When a dialog is unavoidable due to the complexity of the task then using ... is still okay. I would still try and avoid this pattern as it is an indication something could be simplified further.

When I see this pattern used I get a little stressed out before clicking and think, "buckle up, you're in for a wild ride"

It doesn't necessarily look old. That's just your opinion. I see some answers that haven't read the guidelines you linked so I'm going to highlight this first.

The ellipses is used to indicate that this button requires a follow-up interaction.

Simply replacing it with something else wouldn't work in all occasions.

While there may be other ways to accomplish this, you have to think of where this came from, and about why you'd be replacing it.

Would you be replacing it because you feel it's old? Is old a problem? Did it stop working? A table is a pretty old thing, and they are still used. Spoons. Forks. Sure the spork attained cult status, but it hasn't replaced the other tools. Because they work!

So where did the ellipsis come from? Literature. Consider these two lines.

One of these has a future! The ellipsis illustrates there's more to that statement than just those words. Something else is coming.

Ellipsis have been around for ages (Wikipedia gives us 1588 as the first occurance) and will probably be around for many more. This means that people will inherently understand it, in most languages even.

There might be ways to replace it, but none will be as consistently recognisable.

Perhaps a pen/pencil graphic icon next to it, like this. Not at my home computer so I can only create this shoddy mockup but you get the idea. This is for user entry, though aren't the ellipses for opening a new window and not just user input?

Not the answer you're looking for? Browse other questions tagged buttons dialog or ask your own question.

2
Combine options in one button or create separate buttons?

5
Disabled buttons while long running task
3
Testing OK/Cancel buttons
0
What would be the best actions to attach to an Android phone's buttons when I don't really need them?
2
public transit bus stop and door buttons
3
Best way of making a credits transfer dialog
1
Dialog box button behavior based on state
142
Are you sure you want to answer this question?
3
Confirmation of user input: inline button or popup/modal?
1
Should buttons appear on a menu bar?
0
Material Design | Dialoge from floating action button - how to do it? Is it even a good idea?