I have seen the terms "markup" and "markdown" used what seems to me interchangeably. For example, here on the UX StackExchange we type questions and answers in markdown and they get converted into hypertext markup language.

What is the difference, if any, between markup and markdown?

A. A markup language is a language that annotates text so that the computer can manipulate the text. Most markup languages are human readable because the annotations are written in a way to distinguish them from the text.

B. A markup language is a system for annotating a document in a way that is syntactically distinguishable from the text. The idea and terminology evolved from the "marking up" of paper manuscripts, i.e., the revision instructions by editors, traditionally written with a blue pencil on authors' manuscripts.

WYSIWYG = denoting the representation of text on-screen in a form exactly corresponding to its appearance on a printout.

In the past, a WYSIWYG editing tools gave away too much design control. Someone could unknowingly add a new style to the design (like red italic bold headers) without meaning to. More often than not, it was a purposeful design addition, but that inevitably leads to a race to the bottom, so style treatment became larger, bolder, and brighter. This makes designers sad :( because their carefully crafted theme gets lost in the noise.

Bottom line, people who edit content should focus on the words and the designer should make them pretty. Markdown does an excellent job at drawing that line in the sand, equipping us to all play nice together. When a designer pushes a new style to the website, the styles are consistently reflected across the whole site, so the design stays fresh and up to date with browser caveats and features. 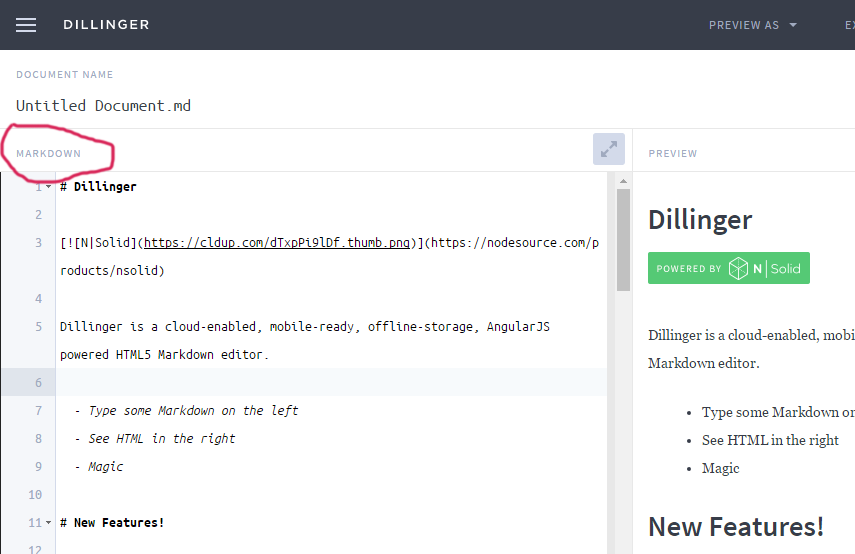 Not the answer you're looking for? Browse other questions tagged html markup or ask your own question.

9
How much text markup is good, before it becomes bad?
128
Is Markdown Friendly Enough for Non-Technical Users?
6
Is there a mobile friendly text entry markup (akin to Markdown)?
5
Ordered lists: numbers or letters?
4
Should "Enter" create a large or small line spacing on text editors?
3
Is an English only aria-label better than no aria-label at all for non-English speakers?
2
For Screen Readers: How to markup a group of text items to be read as one item? Should I even try?