How should we indicate emphasis in plain text, for example in a simple text area? Is it OK to use single quotation marks?

For totally plain-text you can use ALL CAPS (providing you do so sparingly), or you can _enclose in underscores_ (often used, as in SO's markdown, instead of italics) or you can *delimit* with asterisks (as a stand in for bold).

Some parts of the following answer may depend on your target audience. Yes that's another way of saying 'it depends'!

The Wikipedia entry on formatted text says the following:

Formatted text has its genesis in the pre-computer use of underscoring to embolden passages in typewritten manuscripts. In the first interactive systems of early computer technology, underscoring was not possible, and users made up for this lack (and the lack of formatting in ASCII) by using certain symbols as substitutes. Emphasis, for example, could be achieved in ASCII in a number of ways:

Capitalization: I am NOT making this up.

Surrounding with underscores: I am _not_ making this up.

Surrounding with asterisks: I am *not* making this up.

Spacing: I am n o t making this up.

Surrounding by underscores was also used for book titles: Look it up in _The_C_Programming_Language_.

There's also the (too?) frequently used device, whereby a period is placed after every word: I. Am. Not. Making. This. Up!

Note that in the quote from Wikipedia above, the mention of _pre-computer_ use. i.e. the practice was in place even before Markdown and the like, for which an example is shown below. This means that you shouldn't feel you're cheating by using a computer markup language since the mechanisms above pre-date that.

One of the interesting things about using the _ or the * is that it doesn't matter whether you are trying to indicate an italic or bold markup. Emphasis is emphasis. As you can see from the Markdown example below, both _asterisks_ and *underscores* indicate minor emphasis (rendered in rich text as italics), while __double asterisks__ and **double underscores** indicate major emphasis (rendered in rich text as bold).

You specifically asked about whether it's 'ok' to use single quotation marks.

Firstly, my gut reaction was initially that if you really only have completely plain text to work with, then I believe you have the freedom to express yourself using whatever device you feel comfortable with. Clearly the lack of markup means you are not beholden to formatting 'rules'.

However, this next comment takes me back several decades when I was in a relationship with someone who was living in another country for an extended period. This was before markup in email. Before emojis. Maybe even before smileys had become popular! The time of usenet and newsgroups, Mosaic and Netscape Navigator - and printing emails. Quotes got overused in our messages. It was really hard to get tone across 'properly' in an email and led to frequent 'misunderstandings'. Putting things in quotes often made it look like we were being 'sarcastic' or even worse 'annoyed' which we weren't. Most of the time.

So the moral there was that whatever tone you have in your head when you use emphasis, it doesn't necessarily mean that this same tone will carry across to the reader and be interpreted in the same way. In fact, my advice is to assume it won't. So there might be an argument for wording your message in a better way so as to get your point across, without using any kind of emphasis device at all. Not even an exclamation mark!

I would definitely go with stars (*) in this case. For example, if you do this in Outlook (rich editor) then it makes the word build for you automatically.

EDIT: SO made the word italic when I put stars around it, how ironic!

I'd be tempted to encapsulate your emphasis in either asterisks or underscores.

Of the two I would recommend underscores because a lot of people use asterisks to denote actions.

I agree with @Roger that using quotation marks could read as sarcasm. I like his answer but can't up-vote or comment due to my rep.

The biggest determination will be your target audience. Who are they and are you in a position to test with them how they read the various means of showing emphasis in plain text? I'd suggest the older and more computer literate they are, the more likely it is they'll read plain text and understand things like underscores for emphasis.

The size of the font is also significant. It is obvious, but we use larger fonts for important, eye-catching elements of our text such as titles. With a smaller size for the general body in order to conserve space. This is a tradition carried over from historic print publishing. Through differentiating font sizes we can draw attention to the parts of the text that are most important for us to convey to our reader. Word maps make use of this, showing commonly used words in a larger size to convey their prominence in the analyzed text. 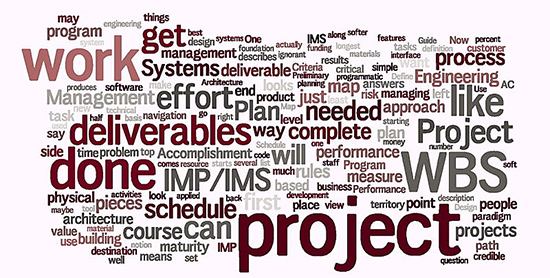 Colour’s main use within text is to highlight and create emphasis for the reader, helping the eyes to distinguish differing elements and draw attention. Historically, writers had two tools at their disposal: italics and boldness. Colour was at a premium before the digital age, reserved for the cover or maybe for accompanying pictures if you were lucky. Instead, to denote a change of context the writer could write in italics, though this struggles to stand out in a large body of text. Simply adding boldness attracts the readers eyes, allowing the writer to highlight key words.

The use of bold immediately catches the eye. The reason for this is that the larger amount of black leads to a higher contrast, which works like a magnet for eyegaze. The amount of noise it creates is relatively low compared to the effect of the highlight.

Using italic creates a very subtle effect. While it adds almost no noise to the design it also attracts almost no attention, except when focused on directly. Therefore italic is good for highlighting keywords that are important only for the specific sentence, and not as a highlight technique to draw attention when scanning. In smaller sizes, italic is often less legible as there’s too little weight to provide proper contrast.

Using underline can give as much attention as using bold, however, it also adds a significant amount of noise to the text and overall design. Therefore you should think hard about how much noise you want to add to your design before deciding to use underline as your highlight method. Furthermore in web design the use of underlining should be reserved for links as web-users in general have a mental model of underline = link.

Another option for highlighting is using a different typeface.

One method is by using UPPERCASE – which works well, especially when highlighting a single word (preferably short). When uppercasing multiple consecutive words the sentence immediately gets very difficult to read. You should be aware that uppercase is also often interpreted as being yelled hence it can come off as aggressive.

Another method is to change font family entirely. This approach can work well if you change the font of an entire headline. For highlighting words or sentences inside a text this method is difficult to use, as the right balance between detectability and not hurting the overall aesthetics is hard to achieve.

By changing the font color itself. This increases the detectability, especially on text-centric sites, where there are few colors or other graphical elements in close proximity to the text. The downside of changing font color is the same as with italic: it reduces the contrast (compared to black text on a white background), and therefore makes it harder to read. The darker the color is the less notable the effect is, as it no longer stands out from the general text. When using this method then only have a few different colors, and generally use desaturated colors.

Another approach is to use a text background color as a highlight. This has the same benefits as changing font color, since a color within an otherwise black/white interface instantly demands attention. The trick here is to generally choose very light, desaturated color, so it won’t hurt the contrast. This technique is also the one that works best when large parts of a text needs to be highlighted, as it turns into more of a graphical background element than a change to the text, and therefore introduce less text-noise (although the overall design noise can of course still be considerable).

17
Should text on the web be justified?
31
Usability of vertical text
1
Best Practices with Text-based Summary for Dashboards
1
Indicating that text was user-modified
1
How to explain ID card format in text?
1
How should I write keyboard chord within a sentance, in plain text
2
How opaque should a secondary text be?
2
Handling text overflow in wireframes
2
Is it ok to use text area for multiple subjects?