I'm building a product where a patient talks to a health expert over their smartphone. Characterstics of the conversation:

I'm wondering what the best interface is on the patient side. 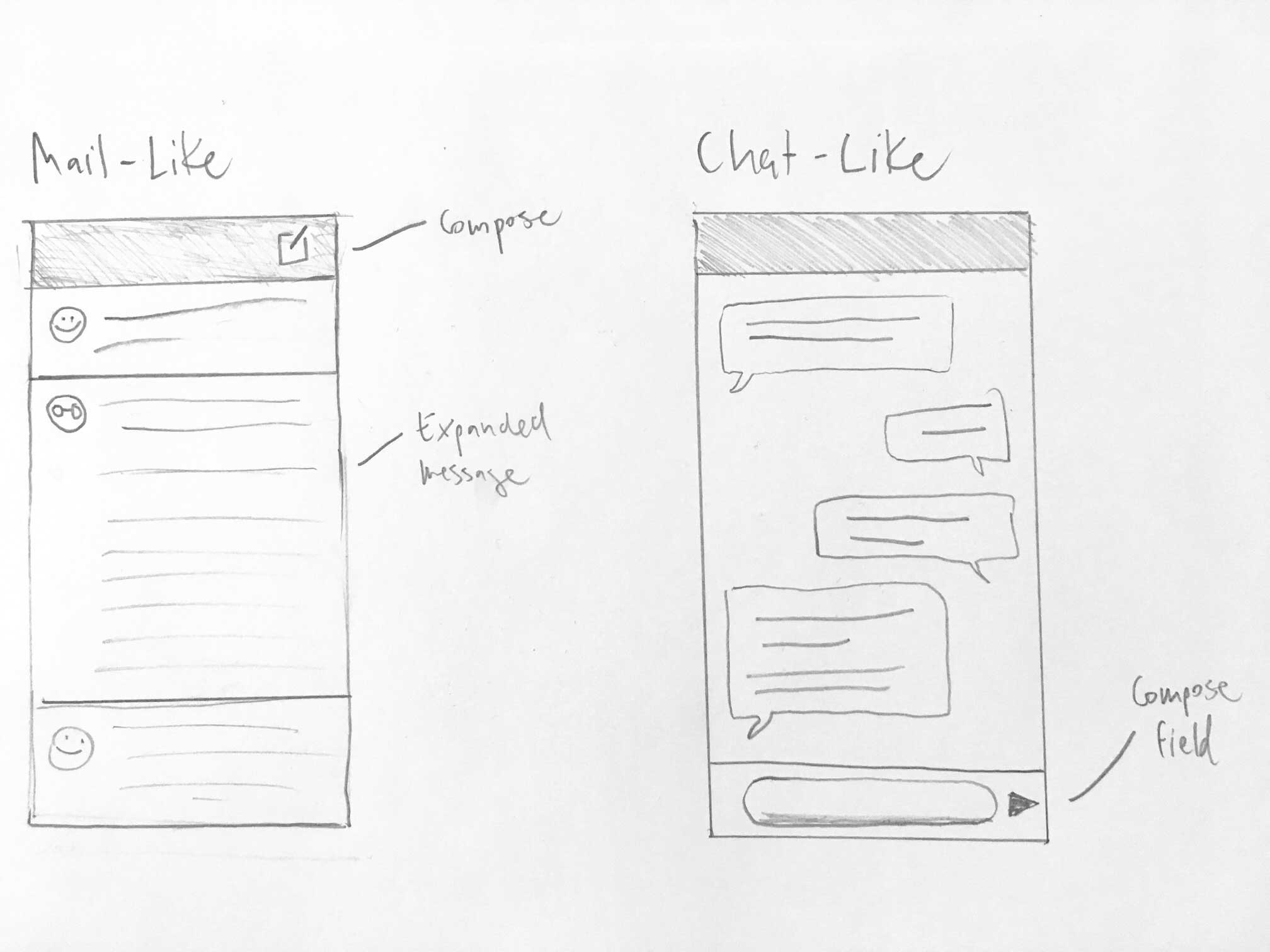 The main difference between the two is the ability to collapse/expand a message. The advantage of this is that the user can navigate fast to an specific message and keep track of the conversation with a bigger view of the context. Compare these two images:

Note the empty space in the email-like image that could be filled with more collapsed messages.

I would suggest chat. Besides the better indication of the two sides of the conversation (me - right side, them - left side) you will get a feeling of a higher immediacy of the whole conversation.

Chat also feels "closer" to the other side than "threaded mail" would, so there are fewer cognitive constraints about it. (On the other hand, in a thread-like model you could expect more detailed information to be sent, especially from the User to the Expert.)

And especially in this particular kind of personal conversations, like those about your own health, you would expect both the other side being rather "closer" and the answers from them being rather "immediate".

The only thing I would be careful about is that by this immediacy feeling, Users may get a little bit disappointed if the answer comes back after several hours, so not really immediately. Should you face this kind of situation, you may need to go for the threaded model anyway.

However, you could also consider communicating the delay time or, eventually, making it in fact more immediate (so it would be service design, that could even involve adding some chatbot to the process - just guessing).

Not the answer you're looking for? Browse other questions tagged conversational-interface or ask your own question.