In material design, why dialog actions should be in all-caps?

According to Google's material design guidelines, a typical dialog with two actions looks like this: 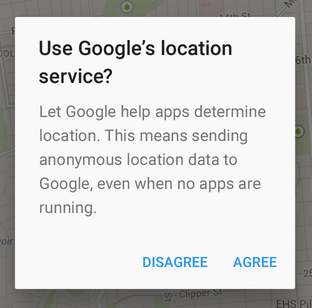 The title and the text is normal, but what I find interesting is using all-caps letters for the actions.

In the guidelines, it doesn't address this point directly. But, in the case of languages without letter capitalization, it says:

For languages without capitalization (such as Chinese, Japanese or Korean), it is important to maintain consistent placement, spacing, and colors for actions to distinguish them from regular text.

So I assume the main reason is for distinction from regular text.

But as users in the above languages (my own language as well) have no problem recognizing the actions, I was wondering why it should be capitalized in English and similar languages?

And, what other reasons can be behind this guideline?

You already have the reason: to raise distinction.

These are the options:

All of them are understood. However, in the all caps example the order of importance goes

(or even the actions before the title), while in the others this order is not as evident at first glance.