Where to place "Change Status" button on a Order page that improves look and feel?

I am looking for general UX advice on how to arrange buttons on the screen, in particular, the "Change Status" button that I'm adding onto the screen below.

There were two buttons (Accept, Reject) before but now I am adding Change Status buton and there isn't a good place to put it.

I am also thinking that instead of "Change Status" I will have a button that says Put on Hold and conversely, Remove Hold, because that's what will be the functionality behind the button - to place hold on order and remove hold from order.

That functionality does not have to be a button, it could be a select box or a toggle switch but I think a button is most clear. I am open to suggestions. 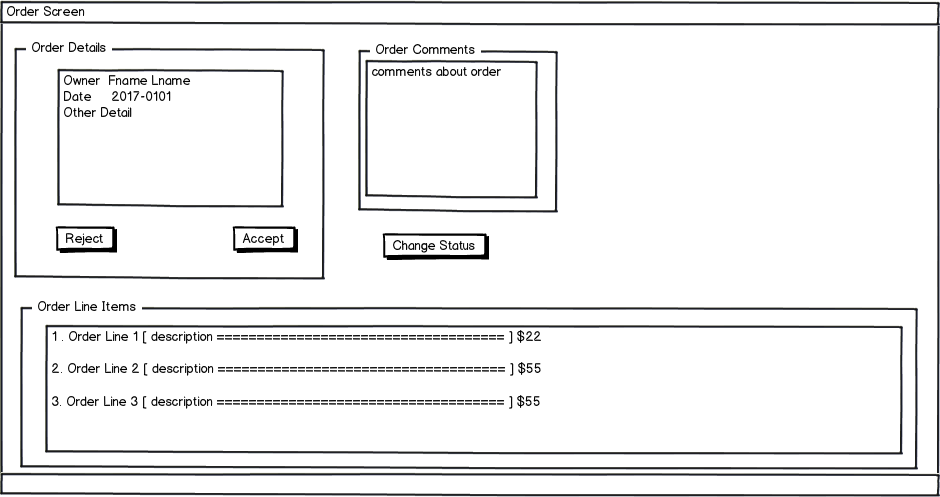 Individual Order Line Items do not affect Order Details and Order Comments - both of which belong to the entire order.

Moved all 3 buttons into their own group, and placed them right of Order Comments.

As the buttons refer to the whole item I would not place them inside a particular element from it (currently Accept/Reject buttons are inside the Order details box). Instead you could place them either "out" or all the buttons under their own box (a "box for actions").

If there is no "Save" button I am not sure a toggle for the Hold status is the best idea. I would expect to trigger an action when clicking those buttons (right now Accept/Reject). But in desktop with a toggle I would expect the action to take place after I click a "Save/Accept/Apply" button. So I would keep it in a button. The idea you propose would still need a label that tells the exact status of the item, to leave no doubt. You could leave the "Change Status" button which toggles the label "The item is on Hold". If you take this approach I don't think there is need to change the button text.

I understand that the "change status" is a main action, for the "order details" box, not for the comments, so the obvious place for this button is in the left box.

You will have for the order the actions: - accept/ reject or - change status 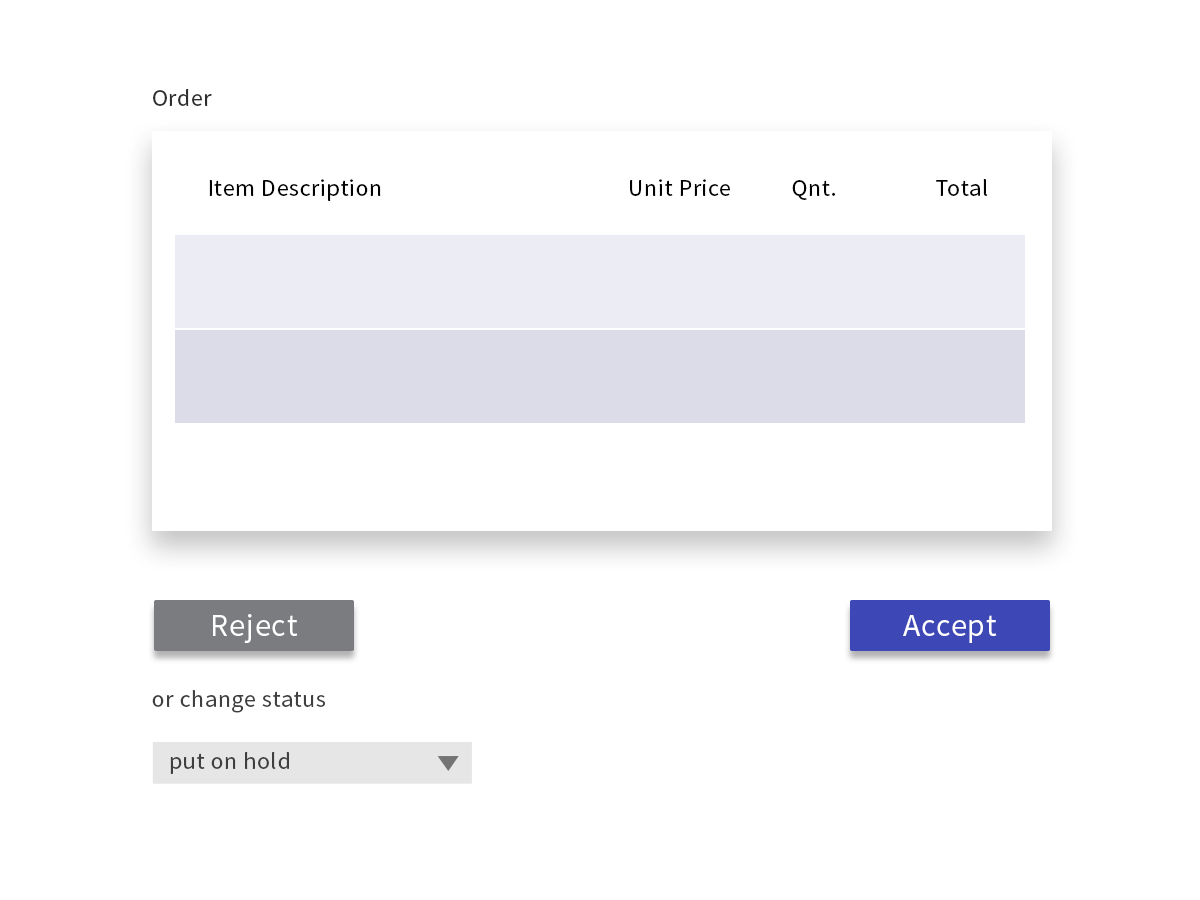 Not the answer you're looking for? Browse other questions tagged gui-design interaction-design buttons layout or ask your own question.

2
Need a way to position a "change" and "delete" button
10
In a full screen mobile game where all corners are taken, where should I put a menu button?
3
Best position and labels for buttons on an order creation page
2
Is it okay to use a "place" and "replace" button if an image has already been uploaded using the drag and drop or upload an image function?
5
Should a 'delete image' button be on the top-left or top-right?
5
Selecting new status vs. Triggering status change?
1
Where to place add row button in a form on mobile applications?
0
Accept/Reject CTA buttons on cards
3
One button with Multiple States that Change Label and Functionality
3
How to differentiate between click (and release) button and press (and hold) button