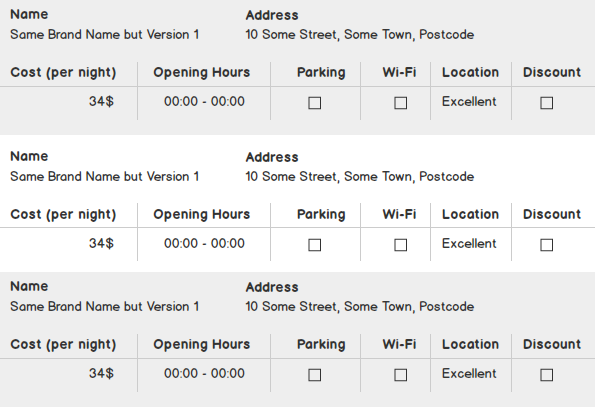 2
Best way to display more table columns and rows than I have room for?
4
What is the best model for editing and viewing data that is summarized in a table?
17
Best way to show many user actions for table rows?
6
How to best layout a table where one column has lots of text?
2
Alternative method for displaying numerical data
1
How to filter tables/list views?
1
Data Display of Tables: Table Cells with Must-See Values
0
Wrap or truncate long tabular data?
1
How to represent a list with one item?
1
Room Booking & Availability Horizontal Scroll