How to optimize user onboarding for an app without a login

Designed an app to help users quickly create printable user personas. The app doesn't require a login, but rather a unique url is created which allows users to to view and edit their personas later.

Since the persona is designed to be printed, we elected to have all the editing be done inline so that the user as a live print preview of their persona as they create it. Since the editing is done inline, we prefill the persona with "starter" data, to better show what each area looks like and to set expectations of what data should be entered.

During user testing some users took to the system immediately and started editing the default without any prompting, while others thought they had landed on someone else's persona and didn't realize that they can and should edit it.

The downside of not having a traditional login is that there's no way beyond cookies to detect if a user has been there before.

With that in mind, how do I best demonstrate to users that they can edit the default persona and that their work is accessible later (albeit in a non traditional manner)? 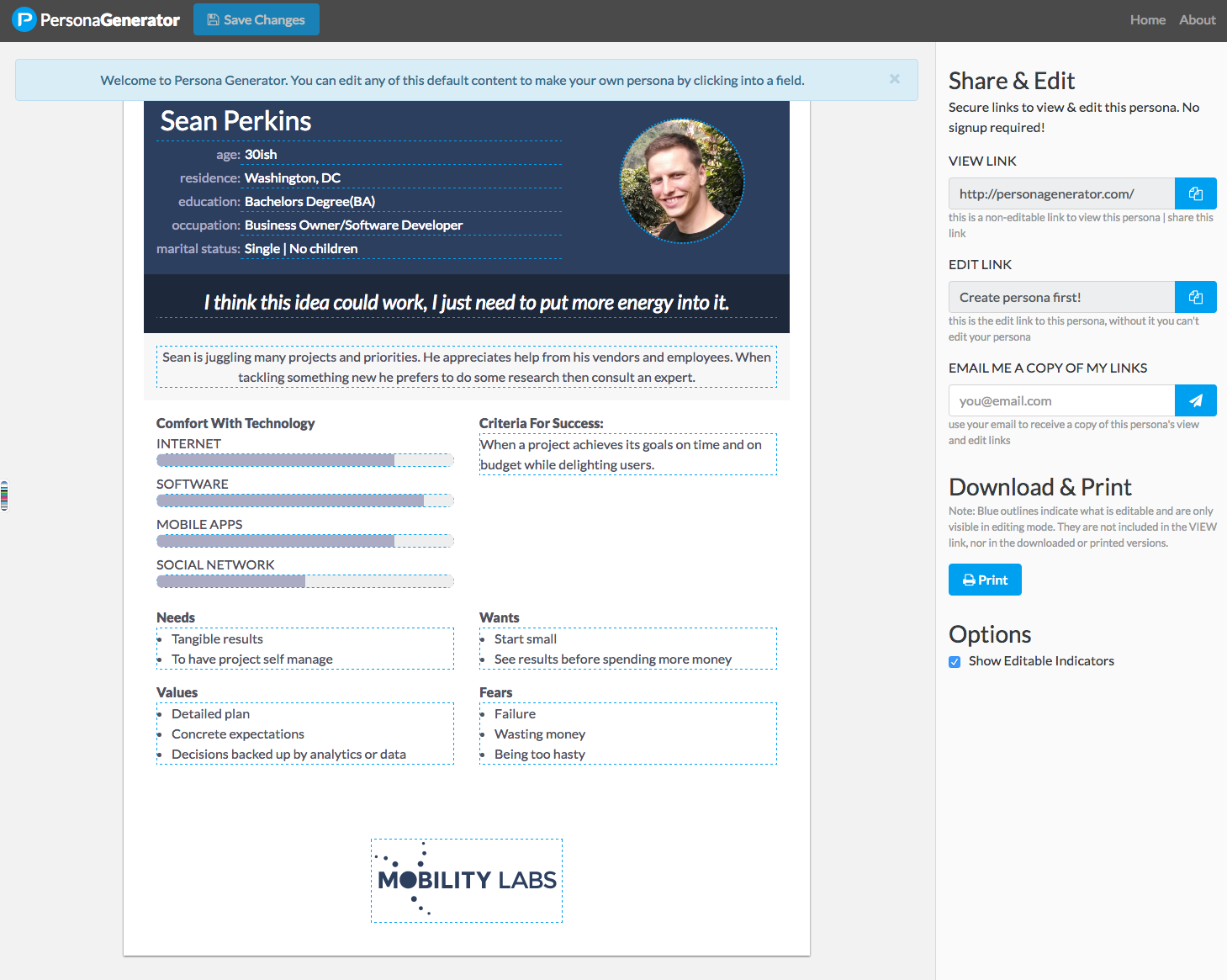 It's still very much a work in progress, but here's a link so you can better understand the experience:

Edit: Added a dismissible template selector that allows users to choose from a few different persona templates, including a blank persona which utilizes some placeholders to describe what content should be in there 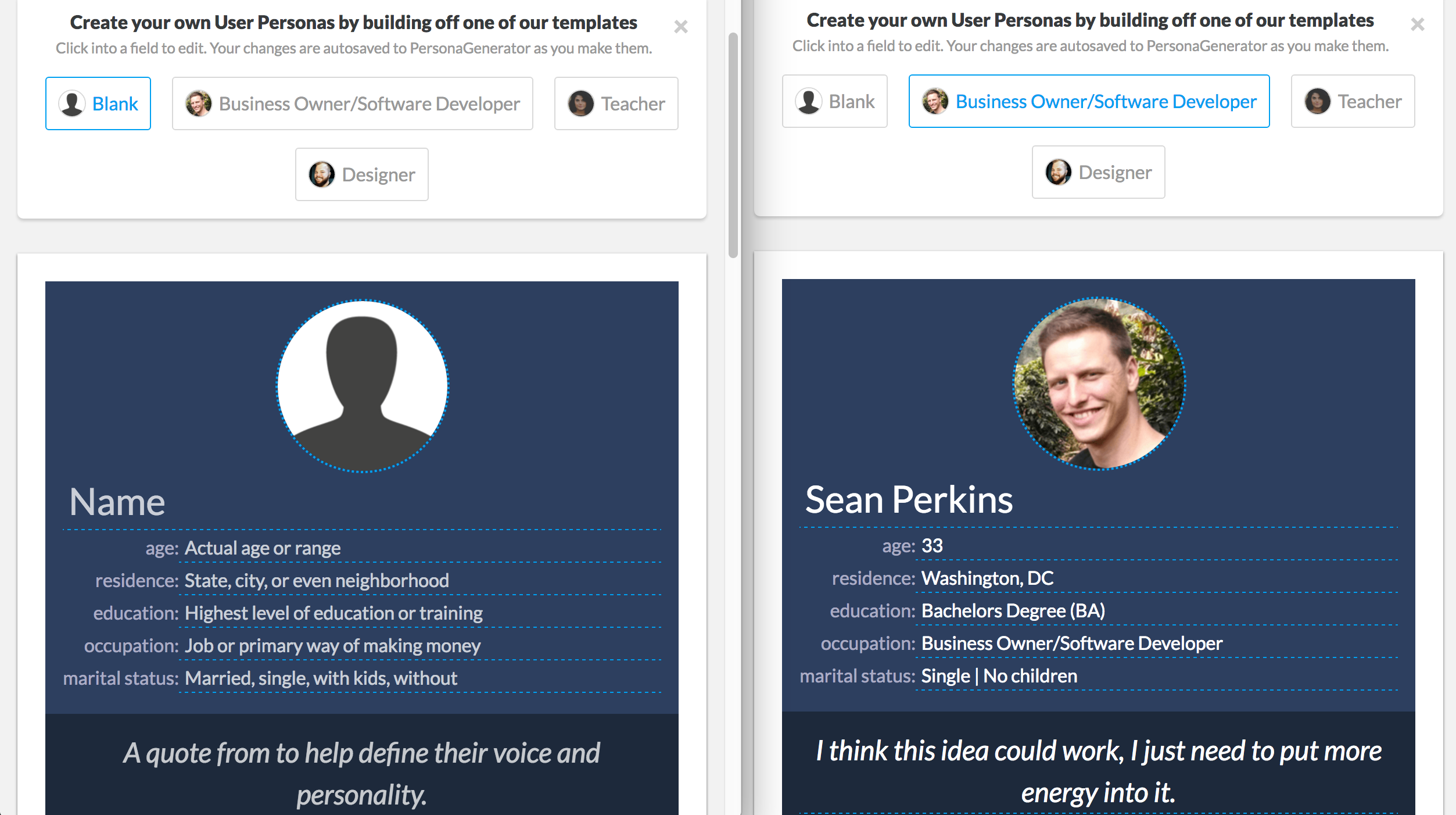 Some applications use a soft method of onboarding. I think there was a site that allowed you to create layered maps and then once you were ready to save all you had to do was enter an email and the system saved your work and emailed you a link to your profile. Login was simply your email and the choice of a password.

I think this application would work with that kind of method

Also: one thing I want is to save the persona, not print. There could be different output options for this.

After reading @DasBeasto and @bloodyKnuckles comments, I realized that it was best to change the default template to be a blank persona. This would help to invite users in without having them think they're editing someone else's persona.

But since I also wanted to help give users a starting off point, I also added a template selector which allows the users to build off of a few prefilled personas.

Not the answer you're looking for? Browse other questions tagged gui-design web-app user-expectation onboarding or ask your own question.

3
Lightbox for “In-Context” Editing
12
What should the “save” button be called when editing inline?
6
How should I indicate that an element responds to user click?
1
How to mark field as edited by the user
4
Do you still mark prefilled input fields as required?
1
How to present users with multiple service options?
3
Onboarding suggestions for a redesigned web app?
3
Is it better to save changes onblur of an edited field or to provide the user with save and discard changes buttons?
4
Changing the habit of login in a system
7
Designing for users without meeting them