What is the “view_module” icon for?

The Material icons are Google-designed, apparently with a view toward what's standard or meant to become standard, recommended by Google for use in Android apps.

In order to use them in a way that is consistent across apps and therefore intuitive for the user, I would think we would need some indication of the intended purpose or meaning of each icon. Is there a "glossary" where we can learn the intended meaning?

In particular, I'm wondering about this view_module icon: 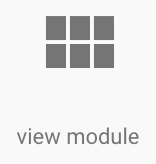 I have an idea of what I'd like to use it for, but I don't want to use it in a way that conflicts with some standard meaning of the icon. We had been using the "vertical 3 dots" icon, until we realized that people would think it was a menu and started tapping on it only to be frustrated.

Any idea what the view_module icon is supposed to be used for?

The view module icon is used to change the way contents are displayed on the particular Material Design oriented page. The view module icon displays the contents in a grid fashion, whereas its counterpart, the view list icon, for example on the Google Drive app (in the screenshot), displays content in the form of a list. 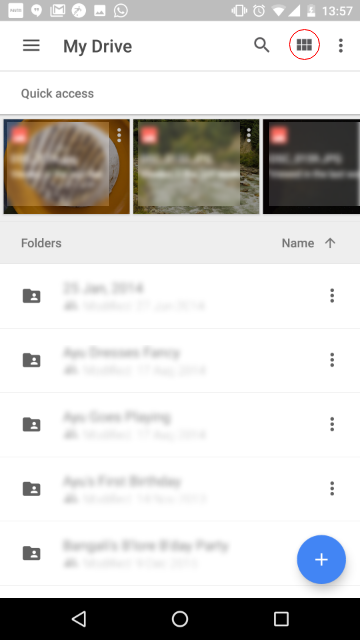 Above is a screenshot of the view list view mode on the Google Drive. The icon circled in red on the top right is the view module icon which would switch the folder arrangement to a grid orientation as presented below, with the option to switch back to the view list mode. 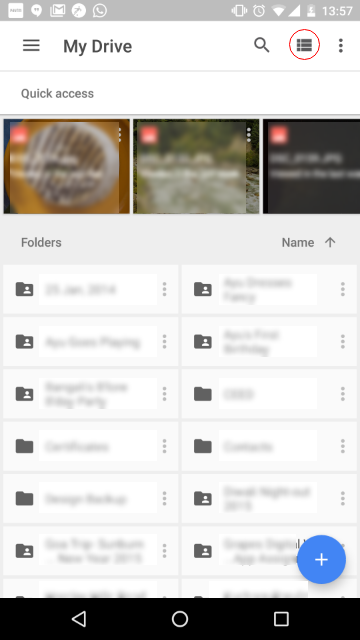 Other than the above two, Material Design offers icons for other view modes as well depending upon their respective application. For example, view agenda, view day and view week for calendar oriented applications. You could visit Material IO Icons page and search for the them view and you would be able to find all the associated icons there.

Not the answer you're looking for? Browse other questions tagged android icons material-design or ask your own question.

28
What is the reasoning behind grayscale icons?
5
Generation dependent icon set?
10
Colliding icon meanings
38
Is Apple's or Google's meaning of the three-horizontal-bar icon more popular?
3
Is there a standard icon for web accessibility?
45
Should we use the 3x3 9-dots icon as an apps menu?
2
Is the cognitive load of using both vertical dot and horizontal dot menus worth hinting at how the menu will appear?
0
Options on List Element Android vs. iOS
2
Width of stroke in an SVG icon