Alternatives to drag and drop lists

I'm working on an app for teachers, that allows teachers to input a class list, and filter students by gender and performance before submitting for further processing. At the moment, the second step is as shown below - the class list inputted in Step 1 populates a list that is drag and drop enabled - the user drags the student names and drops them into the appropriate gender column, performance box, before moving on to the next step.

(the middle column is boys, the rightmost column is girls) 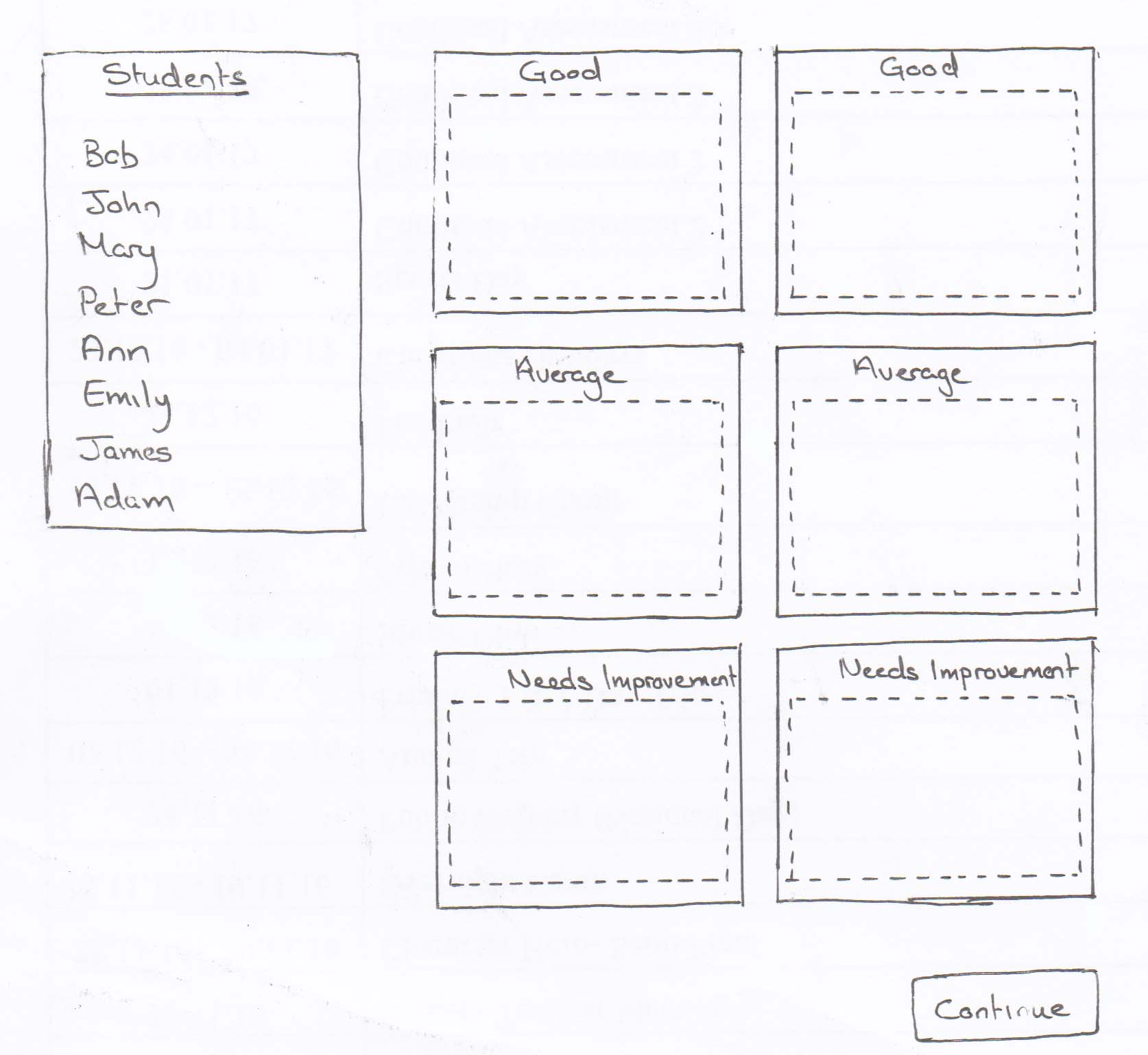 My question is if drag and drop is sufficient for this, or if there is a better or more intuitive alternative that would allow for easier processing. The criteria as I see it is as follows:

Any suggestions or feedback would be appreciated.

The approach by Alvaro is correct, so I'd suggest that with only one difference: instead of checkboxes, use radio buttons since these are unique variables for each student.

But more important: no matter how I see it, I finde it really weird that the user has to enter gender, and it's adding a layer of friction that should be taken in account by providing an initial step where the gender is defined. This initial step could be performed in any way: defined at admin level, defined by the student itself and imported from database and lastly, defined by teacher. Either way, this comes first, then the system should discriminate internally, more if this is needed for further purposes.

Think about this: a student has a gender, and it won't change. However, anything else related to the student performance will vary, so it makes no sense to include gender as a variable when ot clearly is a fixed value.

Fonally, just imagine the teacher making a mistake between all this checkboxes or radio buttons or whatever and changing gender to a student. This could end in a lot of problems for the student, for the teacher and even for the school. So you'd be creating trouble rather than a solution.

In short: be very, very careful about this

Edit: As the teacher also needs to make the differentiation of gender, it looks like you have two actions to perform, select:

So I think you can approach these two at once or in two separate states: 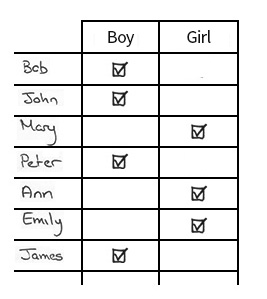 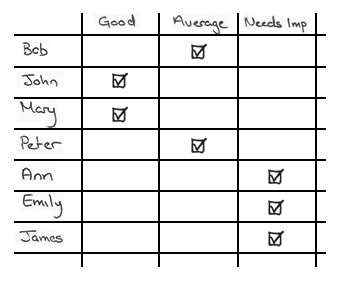 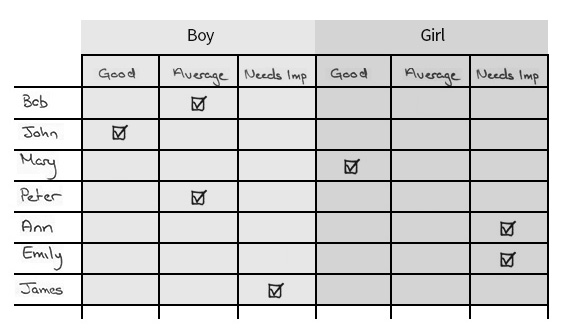 Original: Your solution works similarly to the WordPress widgets editable area (in case you need some ideas from it).

A simple option could be entering the information in a table, that can be clicked so it doesn't suppose any problem for non-touch devices.

I am utilising a solution I proposed to a similar question