How do you stand up for the admin user experience in enterprise software applications?

I've noticed in the enterprise application space, people use 'admin' user or a trained user as an excuse for building poor quality admin experience.

For ex, when problems such as 'The steps taken to setup this workflow is too much' or 'This feature doesn't behave intuitively' come up, a common retort from Product Manager's are:- 'These admin users are trained folks, they'd learn it' and turns out to be a lesser priority, compared to end user experience issues. This bugs me.

Does it happen to you all? Are there any methods or arguments to fight this culture from your experience?

Your process for "admin" interfaces is ultimately no different than any other argument for usability. The argument for improved usability boils down to return on investment (ROI) in all cases. How you frame that argument may differ slightly depending on your target user, and/or your target audience.

In enterprise software the ROI of good usability can approached by both the costs to your company, and the customer's cost of using the product.

Customer vs. User: These people are often different in enterprise environments. The customer is the individual(s) who are buying the product. The users are the ones who ultimately have to use it.

Marketing will be talking to customers, not users. Users might be involved in the purchase process, but often not. You speak a different language to customers than you do users.

Also, your customer is likely paying their employees to read your documentation. Less reliance on documentation leads to less time spent being payed to read it.

Usage Cost: Customer's have to pay their employees to use your product. The longer it takes to do their job using your product (e.g., because of poor usability) the higher your products price tag actually is. If your competitor can offer the same

How quickly does price margin between products disappear?

How quickly do any features you offer over your competitor no longer make the continued cost of use worth the investment?

Focus on the Customer: The user is of course important, but sometimes you need to focus on the customer. The language your customer speaks is often money. If you can show the customer, and your company, that your product has the highest ROI, sales go up.

Whether it is the project manager or yourself that sets UX priorities, some cost/benefit analysis has to be made.

Nearly all systems will involve many more end-users than admins, so it makes sense to cater for end-users more than to admins. There's nothing wrong with that - it's a wise economical choice.

Remember that UX and development time cost the business money, so it is in the business interest to maximise return on investment.

If we narrow UX to usability only (a measure of performance load) than you'd generally prioritise the task with most impact; that is, the task that will reduce performance load the most, all users taken into account. 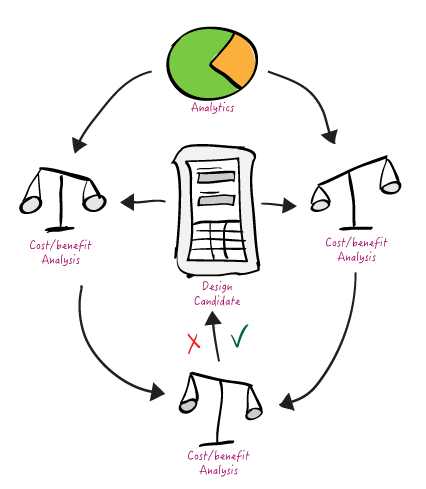 Ways to combat the low-priority neglect

It is common for low priority tasks to stay in the queue forever and never get done. While perhaps justified, these do bother some stakeholders, for whom a particular task may be highly important. 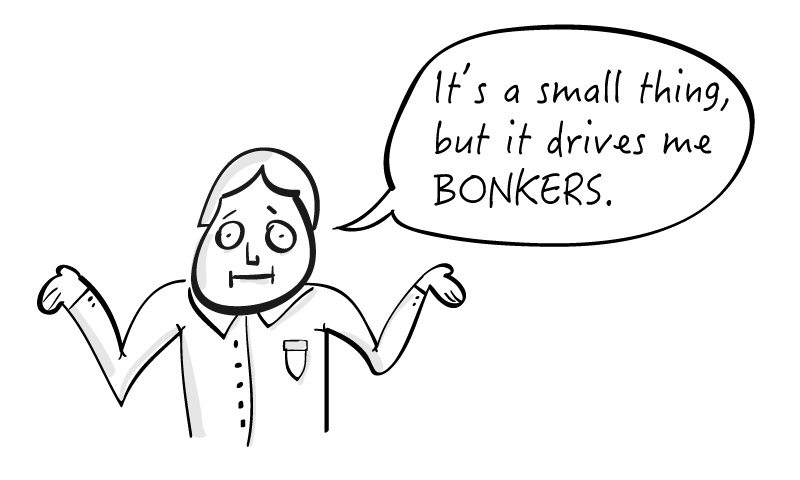 Another important point, sadly often overlooked, is that project managers tend to prioritise high-value tasks, ignoring the fact that low-value tasks, once these accumulate, can offer more value combined than a single high-value task. A lot of small UX issues can result in performance load penalty that is higher than that of a single UX issue. That's another argument of why you should not neglect lower-value improvements. 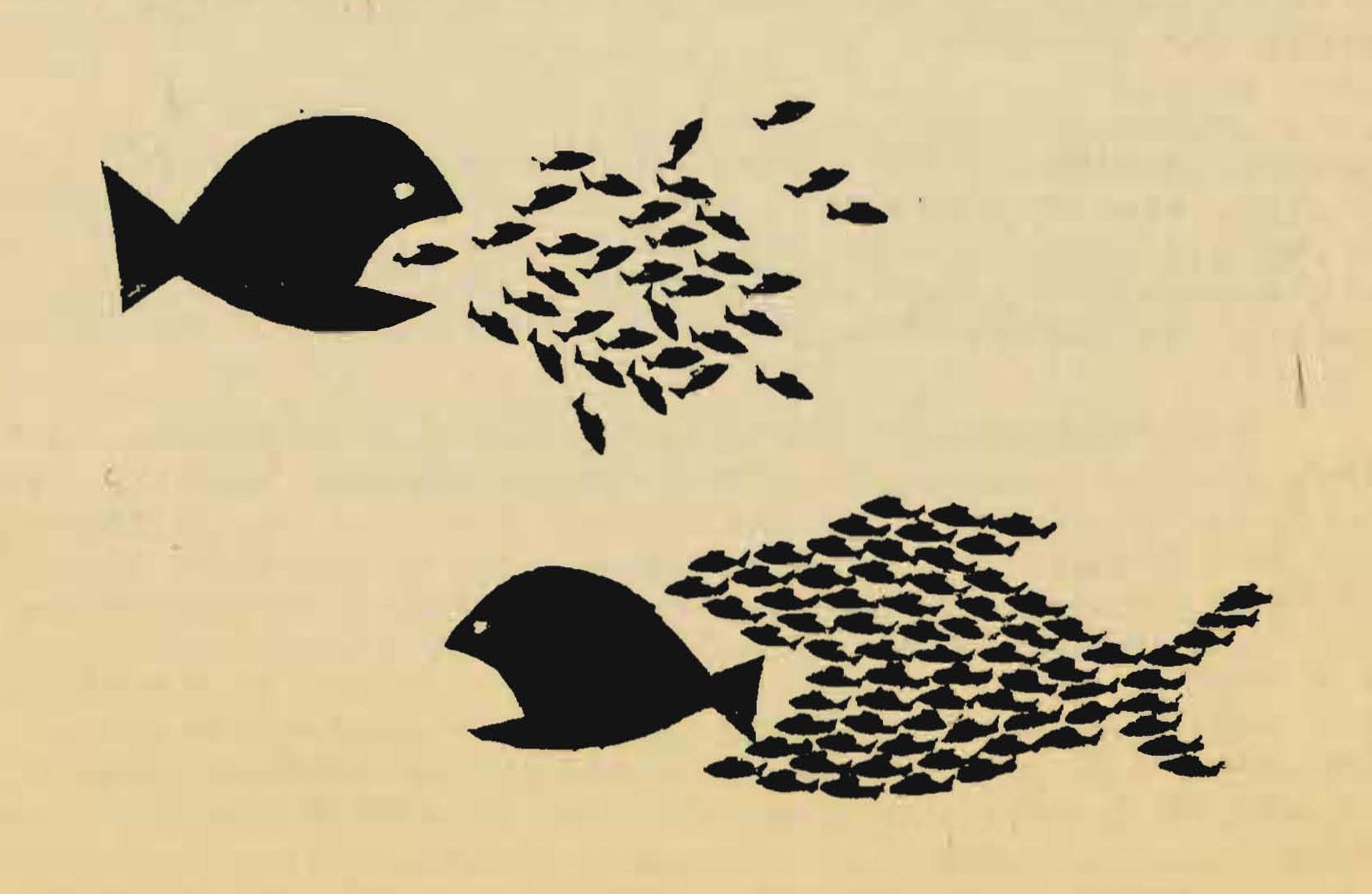 While largely a matter of project management, companies do employ various strategies to combat this. Here are a few selected ones:

Based on this metaphor, Petition the king is a session (say weekly) where various stakeholders (employees) come to the king (typically the project manager) to ask for certain things to get done.

The king may reject their request, explaining the grounds. But if someone comes week after week with the same request, the king may grant that person his/her wishes.

Based on another metaphor, consider the 3 queues to a fashionable club, in order of business priority:

Outside UX, this is how low-priority bugs may ever get fixed.

Some companies (eg, Google) allow employees to spend some of their time on whatever they wish, so long it has some benefit for the business. A 10% independence allocation may be taken as 1 day a week, or one week every 10 weeks.

It is during these independence days that employees can do work that is important to them, increasing both motivation and job-satisfaction; it also allows employees to break from management constraints, which may lead to valuable research, skunkworks, or other tasks which would otherwise never get done.

To get your wishes over the line as a UXer, you'll have to get a buy-in from one or more developers, but help works both ways.

The only weapon for us is ROI:

I face similar issues, in most of the applications the admin screens and UX were completely ignored because the numbers of users are less compared to the normal users.

The only weapon we have is ROI. Presenting statistics may get some change in the thought process of the manager / management, but the change could be slow since the number of users are very less. But, I think you can definitely stand-up and talk about the metrics.

We can also consider this point: The training cost also increases when employees (admin) changes their jobs frequently.

The Human Factors International (HFI) provides the ROI calculators for most of the conversation rates which you can use it for accurate ROI and fight back. http://humanfactors.com/coolstuff/roi_reduced_costs_on_formal_training.asp

Hopefully one or both of these arguments will resonate with your colleagues.

As I see it there are two main routes of attack to be used:

1: ROI. As mentioned by others in some detail. I won't repeat it all here but basically if you're cutting down the time spent on a process from 10 minutes to 8 minutes and this process is done 20 times by 50 people every day.... then those saved minutes will eventually add up to some serious man hour savings as the days, weeks, months go on.

2: The HR angle. Companies WANT their employees to be happy. Books upon books have been written of the impact of happy, engaged employees on productivity.

No employees want to be wrestling with a horrible system. No matter how often they use it and how they can learn to get around its quirks, they would much prefer a system that works with them rather than against them. Even on the bottom level of office work, people working in Business Process Outsourcing sites and the like, people hate monotonous, useless work. It sends them to sleep. If the system is hard to get working then you’re not going to be putting much attention into your actual work. Mistakes will happen.

The most important point of keeping employees happy is in retention.

Yes. Your employees can work just fine with a horrible non user friendly system. But it will contribute to a lower moral and less engagement with their work which could then lead to them deciding to head out to look for a new job. It’s not an automatic bad system=they will leave, but if somebody is using this system for hours every day, it will be a big factor.

Beyond retention having happy employees is also important when it comes to attracting talent. A system that you have to work with every day is a pretty big part of the working environment. I would absolutely love to see someone try an experiment where group A is given a poor usability system and group B a good usability system and then see what sort of ratings they give the company on glassdoor. Alas this is impractical.

It’s a pervasive misconception that training internal users how to use bad software is a better choice than bothering to build a truly usable system for them. This attitude is ingrained culture in many organizations: the underperforming ones.

If you want to try to change that culture, you’ll need research to back up your expert opinion. There is plenty. Here are a few examples:

Here’s a radical concept—treat your employees as well as you do your best customers, and your business will reap rewards beyond your wildest imagination.

Technology support can make the difference in a company’s competitive edge. Technology can be used to reduce costs and improve information flow and availability. Standards for data input accuracy and timing of input are part of making sure employees have what they need to perform their work.

The lack of close attention to internal supplier-customer relationships can jeapardize external customer satisfaction. Companies must ensure tha all customers are satisfied—both within and outside the firm.

Your product manager, and his boss, ought to be aware of all this. Maybe they’ve read these articles already, but simply assimilated it into their pre-existing concepts.

If your organization thinks developing good systems for internal users is a waste of time and money, your product manager might not be willing to stick their neck out and go against that culture.

Not the answer you're looking for? Browse other questions tagged enterprise selling-ux ux-integration product-management institutionalizing-ux or ask your own question.