Why are the right- and left- quotation marks on iOS's keyboard reversed?

Is there any logical reason why Apple's iOS team would design it this way— am I missing something?  The fact that the angle (French) quotation mark keys are arranged left-mark-on-left & right-mark-on-right makes this look like a design oversight— but that doesn't explain why it hasn't been corrected with other keyboard changes in more-recent iOSes.

Note: I'm not looking for a solution to put the keys in left-to-right order here.  That kind of question would belong on the Ask Different Stack Exchange and has an obvious solution— download a different keyboard.

I think it is because of the way the iOS keyboards organize the keys. Take a look at this screenshots of the keyboard: 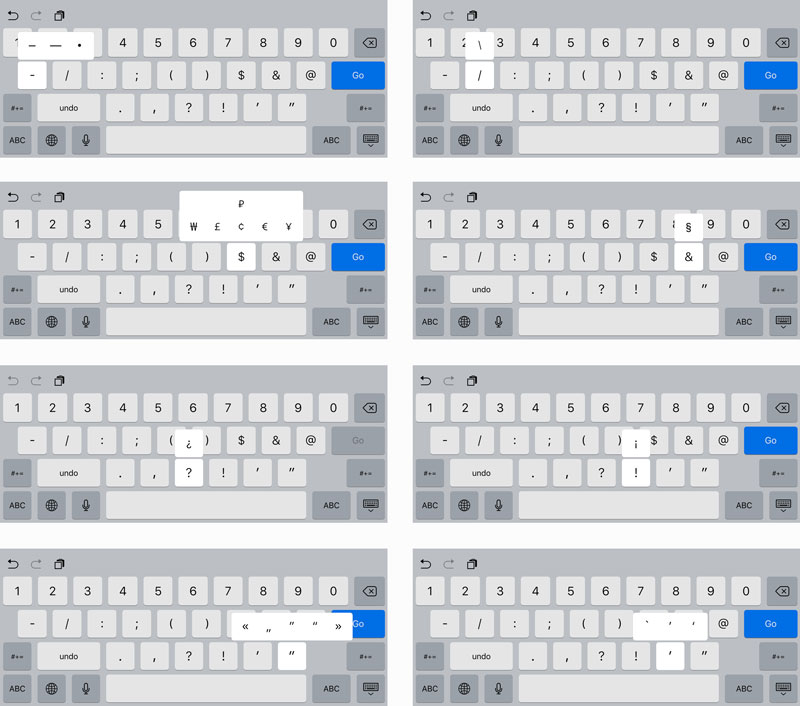 On the iPhone when you press the key, all possible values go to the list. This probably is due to the small size of the screen which makes the finger be covering the whole character.

On the iPad the main character stays in its place while pressing the key.

Now, I think there is a distribution that responds to the proximity of the upper keys to the finger and the importance, or frequency of use, of the characters. The closer to the finger the more important (or more frequent) the character. [In the image the numbers represent closest key to the finger holding, 1 is the closest] 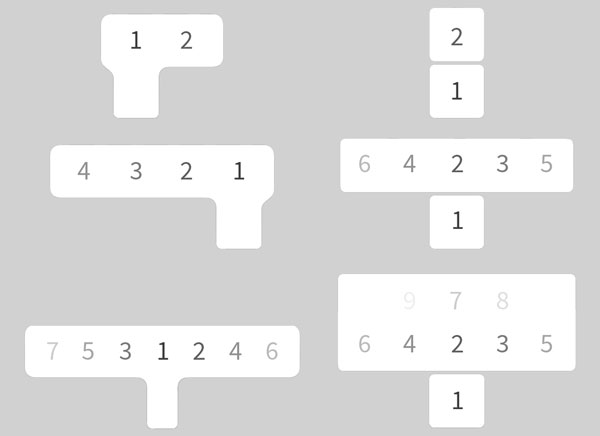 The closest character in each list is located on top of the finger on iPhone and below the finger (in the same place?) on iPad (after the first character iPad follows iPhone's order). Then the one on the right (my guess is it might be easier for right-handed) then on the left, then on the right, etc. and then if there are more characters it goes to the upper row and continue from the center.

You can notice that this rule is also consistent with ? ¿ or ! ¡ which are displayed reverse way.

If you look close to the distribution of the characters you are asking about, on the iPhone they are distributed the "correct" way (left on the left right on the right):

but it is just a matter of coincidence. On the iPad each character has the same order (proximity to the finger importance) which makes the right quotation be on the left (by the way, the character 1 represented in the keyboard is not the actual character): 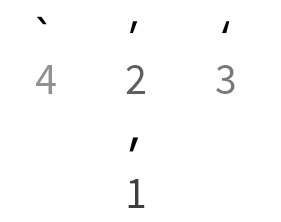 Why would the right character be more important than the left one?

My guess is it might be more frequent. Here is a link which might prove some uses of the right character by itself.

And about the right double quotation, either it is more frequent than the left one or, as @Crissov stated in the other answer, it follows the single quotation order.

The best explanation I can come up with is that ’ is used as a quotation mark and an apostrophe, so it gets used more than ‘ and hence should be quicker or simpler to access. Double quotation marks almost always occur in pairs and thus their alignment comes from consistency with the single marks.

The UX is a bit messed up, though, for doesn’t gets auto-corrected to doesn't ’t – at least when I last checked in iOS 9 and if I remember correctly.

11
On an unlabelled slider, why does right mean higher, and left mean lesser?
87
Why are keyboard keys staggered?
2
In Final Fantasy games, why are your characters on the right hand side instead of the left hand side?
20
Why are the keys on a keyboard square?
2
Why is the US keyboard symbol layout different from most other keyboards?
0
Which would be the logical way for shortcuts for up down left right arrows keys in a keyboard
2
Why do the Western European countries use the AZERTY keyboard? What is the historical origin of this layout?
5
Why do the dividers in the iOS settings page not go all the way to the left?
0
Are there any right hand dominant alternatives to Dvorak keyboard layouts that are about as old as Dvorak?