Is it a bad idea to move the content on the right of the page?

I recently discovered a blog which has an original layout: 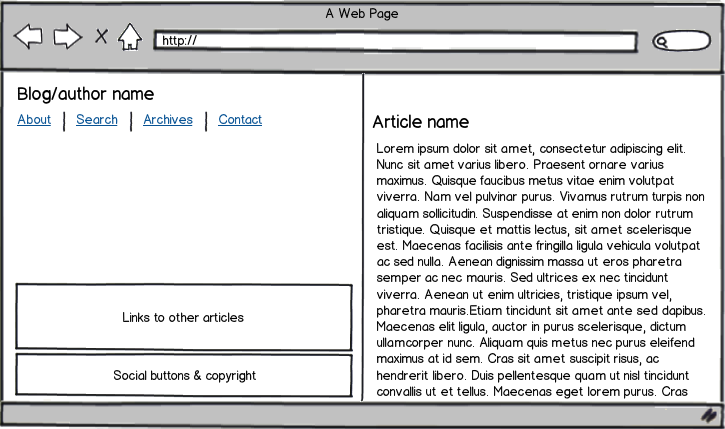 At first, I found it a very bad idea because half of the page is wasted. But after imagining how would I format the content differently, I ended up with virtually no space gain: 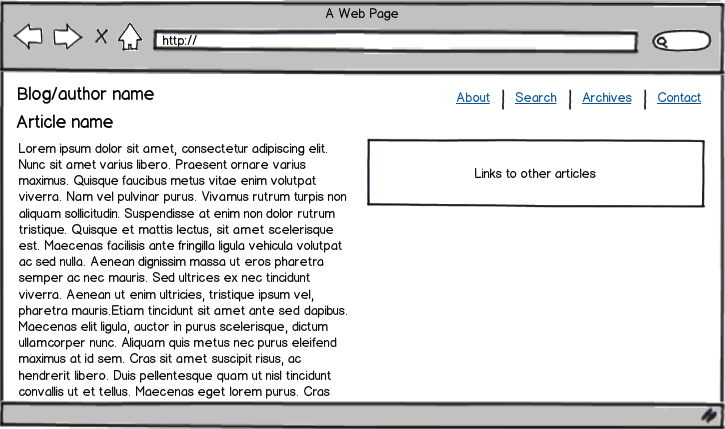 The copyright and social buttons move to the bottom of the article (since the reader is expected to first read the article, and only then think about sharing it or care about copyright).

I still find there is something inherently wrong with the original layout. My new reasons would be:

However, it doesn't seem like a strong argument against such layout. So:

Are two layouts I illustrated below (i.e. the original one and my modification) equally valid? Why?

Most of us are conditioned to start reading on the left. That's why I would put the main content (here, blog text) on the left (assuming one of the "western" LTR languages).

The page split needs not be at 50%, so there's no reason to waste space as you show in your second example.

Another consideration is line length: If lines get too long (i.e., paragraphs get too wide), it gets difficult for readers to follow the line and return to the beginning of the next line. So you should limit line length, which might result in paragraphs much smaller than the screen width. Due to variable width and height of the screen and the way scrolling works, it's difficult to arrange text in smaller columns (as newspapers do).

As an example, see http://practicaltypography.com/line-length.html for width recommendations - there are certainly more discussions of this.

Whilst this layout might be less common on websites, it's rapidly becoming more common in high volume usage apps. And for good reason, it's great at providing navigation and content, and matches how we conceive (mentally) of addressing evolvement, from left to right: 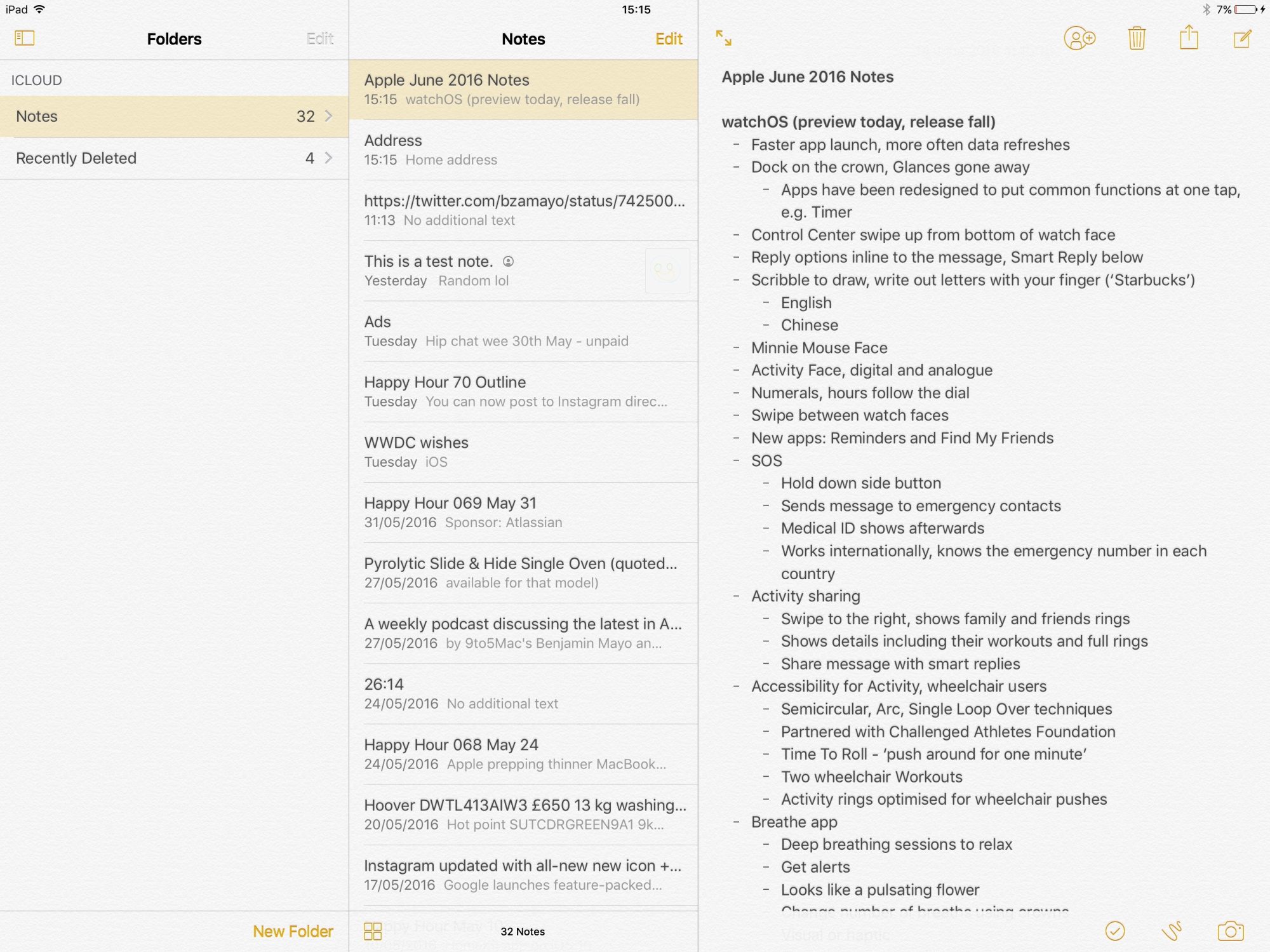 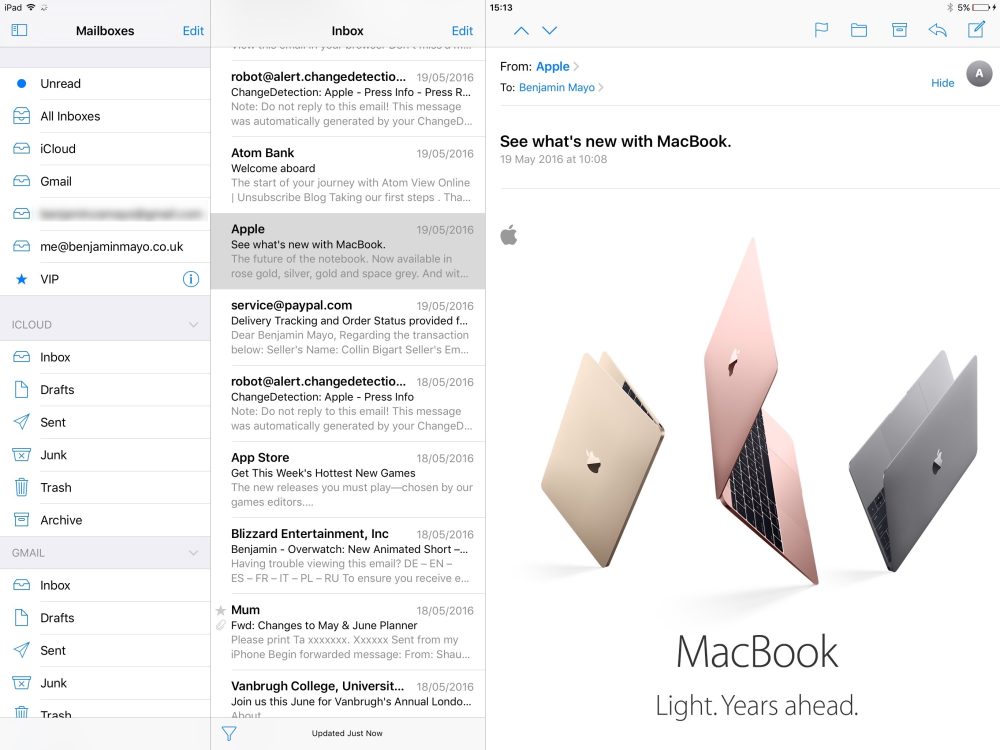 On Mac and iPad: Mail & Notes are probably two of the most used apps, both of which put the content to the right and controls to the left.

Historically, navigation was often on the left of websites, and content to the right. Mac's Finder and Windows Explorer also offer ways to operate in this manner, and are probably the most used apps on their respective systems.

So this might be the webification of UI/UX ideas from desktop apps ;)

In direct answer to your question, is this a good idea? I think so. I think it's very good, instinctually comprehensible and intuitive. So long as the responsiveness can adjust to the focus on content when the screen is rotated or resized, I don't see a problem.

Not the answer you're looking for? Browse other questions tagged layout content page-layout or ask your own question.

1
3 column layout for a video player page?
3
How do you align information in a layout with a lot of horizonal space?
7
Is it OK if asterisk is put after label that is above the field?
1
Content grouping based on time and theme
0
In a news article should the full-width image come before the H1, or after?
1
The Balance of Content vs. Navigation on Content Pages
7
Left-align or right-align a Call to Action button?
2
Platform selection mechanism on documentation website
2
Content on left with image on right in magazine websites
2
Placement of anchor link buttons in a page with a lot of scrollable content