I've read suggestions that contextual menu items be arranged in a circle around the mouse cursor when the menu is activated, since Fitz's Law suggests that each target would be easier to hit.

However, I've never seen this in practice. (I can think of a few simple reasons: text is hard to fit in the space afforded by a wedge-shaped target, it's not a standard pattern and is perceived to be too confusing, etc.)

Are the potential benefits just not worth the trade-off? Are there examples that work that I'm unaware of?

I have seen radial menus few times. I have tested a Firefox addon that arranged contextual menu in a circle. Also it was used in some computer games (Temple of Elemental Evil comes to mind when I think about it). It somehow didn't work.

I think radial contextual menus can work in specific situations (low number of options, items can be represented as icons without a text, etc.). But generally they're not really a good idea.

I disagree strongly with the accepted answer here (but I'm currently implementing one, so I'm biased). As for research/support, there's been a number of articles published on this topic, by Don Hopkins in particular. Check this video out, too. Here are some highlights from Don Hopkin's original study on Pie Menus: 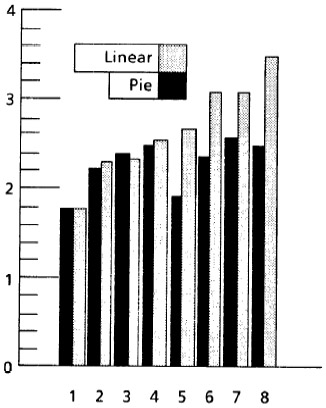 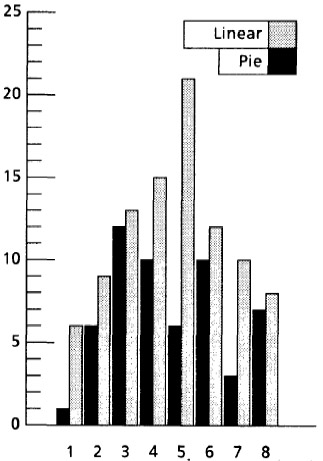 What does this mean? Should we program pie menus into our bitmapped window systems tomorrow and expect a 15-20% increase in productivity since users can select items slightly faster with pie menus. Pie menus seem promising, but more experiments are needed before issuing a strong recommendation. First, this experiment only addresses fixed length menus, in particular, menus consisting of 8 items - no more, no less. Secondly, there remains the problem of increased screen real estate usage, In one trial a subject complained because the pie menu obscured his view of the target prompt message. Finally, the questionnaire showed that the subjects were almost evenly divided between pie and linear menus in subjective satisfaction. Many found it difficult to "home in on" a particular item because of the unusual activation region characteristics of the pie menu.

A nonlinear menu! Not radial by any means, however many of the important options are distinguished by angle from the cursor as well as distance.

Here are a couple of good blog posts to look at that have a great explanation of why radial menus can be a good way of displaying options to your user.

Basically they explain that radial menus can be a great way to display a right click type of contextual menu in touch devices. Once a user gets used to the initial format, frequent users find that speed of use increase in frequent users.

A good example of this would be in games. A lot of games favor a radial menu over a list menu for speed-of-use. In a fast-paced environment such as a game, radial menus go a long way to helping a user make a selection for their given scenario.

My iOSContextualMenu open source code is a good example of radial menus used in touch devices. Here's a couple of screenshots to show how it could be implemented! 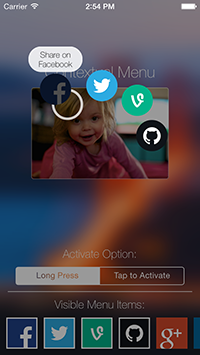 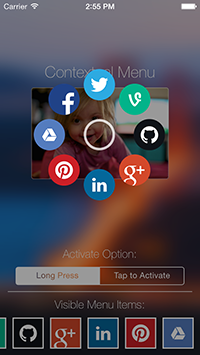 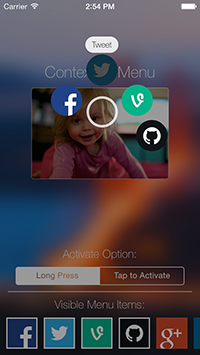 I think Radial menus make a lot of sense in touch interfaces. The couple of places I have seen Radial menus in place include the now-Google-acquired Bumptop application 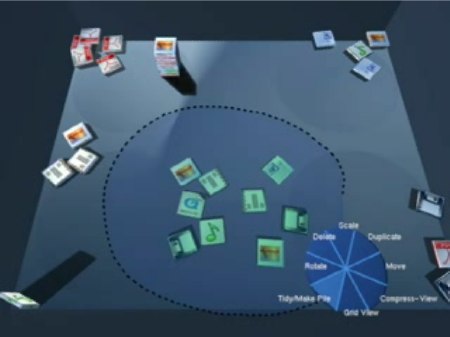 and more recently on the Dolphin browser for the Android. Windows 7 has a pie menu too which makes sense since its going to be used in a lot of touch devices.

Radial contextual menus can be harder to program than vertical list menus. There are fewer existing libraries or components for it, and the programmer might need to write custom code to position each menu item.

Vertical Menus are easier to scan, also most radial ones have little space to show text so they show icons instead, making it even more difficult to easily find the option you are looking for.

I can see radial menus work for repetitive tasks, they would have a small learning curve for the user though. I would not recommend them for navigation.

But on the other hand different is good! and users can become accustomed and like it (like the office ribbon)

I think the main drawback of such menus is that you can hardly put text. So you'll have only icon based menu which is very difficult at the beginning.

Not quite the same, but the wacom pointing device I am using has a circle menu. Clicking the center of the physical circle brings up a on screen display, touching along the outer circle skips through the options and selects a tool accordingly.

Here is an example of the on screen display:

I think radial menus have more of a place in touch applications rather than WIMP applications. For example, Cabinet -- a pdf reader for iOS -- uses radial menus for highlighting. It works remarkably well on a touch device since it is very natural to touch and then slide your finger. Not only does it work well, but it's a delight to use.

The main advantage I see on touch devices is that you tend to build muscle memory for the options you use most, which becomes a very natural way to learn what would otherwise be a somewhat convoluted gesture. You get the benefits of gesture input without the steep learning curve often associated with gestures.

As for the question in the title bar: Are they better? Like with nearly all ux questions, the answer is "it depends". They are better for some tasks, but not better for all.

Not the answer you're looking for? Browse other questions tagged contextual-menu radial-menu or ask your own question.

11
Are circular menu / button interfaces intuitive?
5
What is the optimal position for a right click menu?
8
Name the on-click menu-in-circle-around-object interface
4
Is it ever a good idea to present a radio-button menu without outlining prior selection?

4
Is there a particular reason contextual content areas and menus aren't more prevalent in web applications?
5
Do Radial Menus have an implicit hierarchy?
3
Are button wheels around cursors ineffective?
3
Nested list, need advice for contextual menu in parent and children